A grant provided to Université de Montréal, which manages the observatory, will maintain operations and astrophysics research for the next two years 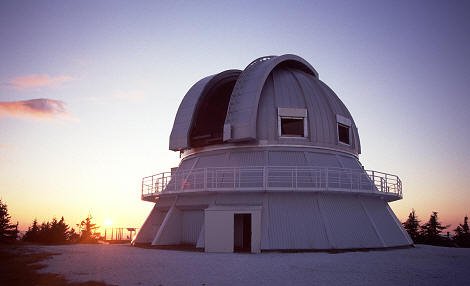 MÉGANTIC, Que.—The federal government announced Mar. 16 that it is providing a $1,000,000 grant to Université de Montréal, to fund research and operations at the Mont-Mégantic Observatory (OMM)—one of North America’s most important observatories.

OMM has been conducting advanced astrophysics research in astronomy since 1978, as well as providing training to astrophysicists and promoting astronomy to the general public.

The observatory’s telescope, on the summit of Mont-Mégantic, is a major tourist attraction for visitors to Parc National du Mont-Mégantic— a national park outside Sherbrooke, Que.

The funding granted, through Canada Economic Development for Quebec Regions (CED), will be used to support scientific and technological development projects and maintain the observatory’s facilities during the next two years.

CED is one of six federally-run regional development agencies managed by the department of Innovation, Science and Economic Development.