Vehicle to have 400 kilometre range, include various levels of autonomy 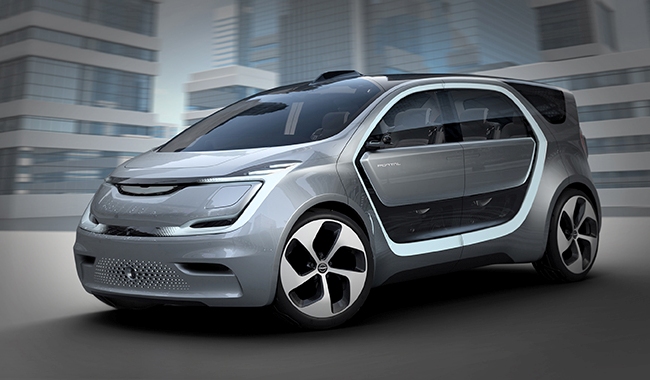 The automaker premiered the Chrysler Portal concept in Las Vegas Jan. 3, promising fully-electric drive, maximum interior space and initial Level 3 autonomy, which would allow drivers to take their hands off the wheel on the highway.

Touted as a being “designed by millennials for millennials” FCA has outfitted the Portal with a range of infotainment options, including an in-vehicle wireless network designed to integrate tablets and smartphones.

“The Chrysler Portal concept is backed by significant research on the millennial generation,” Tim Kuniskis, head of Passenger Car Brands for FCA, said. “North America Millennials have clearly defined that they want a vehicle that will grow with them as they experience life changes.”

Equipped with a front-mounted charger, Chrysler said the Portal can be 60 per cent recharged in 20 minutes. The 100 kilowatt hour battery is integrated into the vehicle’s underbody and will allow it to travel more than 250 miles (400 km) on a single charge.

FCA said the Portal will also be upgradable to Level 4 autonomy, meaning drivers could take their eyes off the road entirely, except when travelling in extreme weather. It it equipped with LIDAR, radar, sonar and vision sensors.