Canadians believe their province is opening too quickly: survey

Canadians in Alberta, Saskatchewan, Manitoba and Quebec most likely to feel this way, research suggests 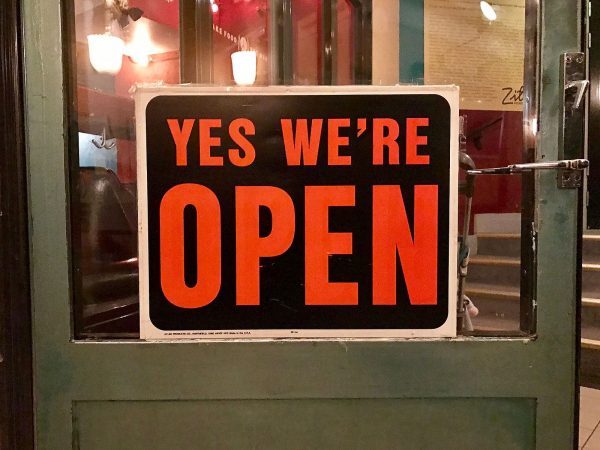 Businesses are slowly beginning to reopen, but Canadian feel it is too soon. PHOTO: Wikimedia Commons

OTTAWA – Hill+Knowlton Strategies (H+K), a public relations and public affairs firm, has released findings from their national survey into how the COVID-19 pandemic is impacting Canadians. The research found that, while 56% of Canadians believe the pace and timing of their province’s re-opening is ‘just right,’ a substantial number of Canadians, in certain provinces, believe their province is opening too quickly.

“Our data shows that 3 in 10 Canadians believe that their province is re-opening either a little too quickly or much too quickly,” said research author Elliott Gauthier, H+K’s senior vice-president of Data + Analytics, in a prepared statement. “Those numbers were higher in the Provinces of Alberta, Saskatchewan, Manitoba, and Quebec, which are generally seen as having announced more aggressive re-opening plans.”

The survey took place the first week of May as provinces began to unveil their plans to re-open following weeks of pandemic lockdowns.

“The demographic trend shows that the younger a person is the more likely they are to think their province is opening back up too quickly,” said Gauthier. “It’s also noteworthy that only 1 in 4 seniors in Canada feel this way despite being at a much higher risk statistically. Ultimately, for both groups, this correlates to the degree of trust they have in government institutions; the older you are the more likely you are to trust in your government’s plan.”