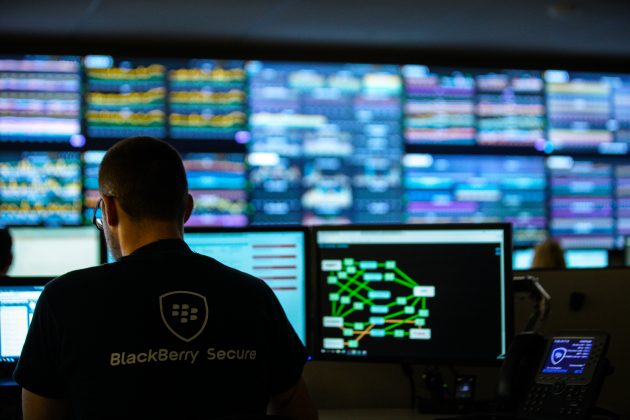 TORONTO – Anyone who has seen an “Intel Inside” label on a piece of computer technology will instantly grasp what BlackBerry Ltd. is aiming to achieve with its “BlackBerry Secure” branding strategy.

The Canadian technology company, based in Waterloo, Ont., unveiled the latest components of BlackBerry Secure on Monday at the annual Consumer Electronics Show in Las Vegas, Nev.

The announcements were aimed mostly at manufacturers and other companies that want to assure their customers that their products have privacy and security features endorsed by BlackBerry.

Alex Thurber, a BlackBerry senior vice-president and its general manager of Mobility Solutions, acknowledged that younger consumers may not be as aware of the company as in its heyday before the arrival of the iPhone a decade ago.

But Thurber said BlackBerry still makes the security software and other features that go into phones and other devices in return for licencing fees.

“Of course, businesses and enterprises and governments are still very aware that BlackBerry is out there because our software management and security has continued to be deployed everywhere,” Thurber said Monday.

Speaking by phone from Las Vegas, Thurber said one of the BlackBerry’s achievements has been its accreditations by the National Information Assurance Partnership administered by the U.S. National Security Agency.

That accreditation has opened government doors for BlackBerry in the United States – the company’s biggest market – and around the world.

“It really is all the G7 governments that use BlackBerry technology, be it the older hardware phones or now the software-protected devices. I think that’s important,” Thurber said.

“At the end of the day, people realize that governments need to secure classified information and companies that they trust are companies that have proven themselves.”

In today’s world of internet-connected consumer electronics and social media, Thurber added, consumers are also concerned about who is collecting and re-selling their personal information.

“We have never monetized users’ data. We have been very clear and up-front about that,” Thurber said.

The BlackBerry Secure labelling has been attached to specialty phones by Punkt Tronics AG, under a framework agreement announced last year. BlackBerry also signed a similar deal last year with Bullitt Group, a British smartphone and consumer electronics maker, but that hasn’t yet resulted in a BlackBerry secure product.

The company is also working with a partner that makes Alexa-enabled interactive speakers, though the partner hasn’t been identified.

BlackBerry is talking with potential partners that could use its BlackBerry Secure feature packs, Thurber said.

“We’re hoping that those will start being announced around the time of Mobile World Congress (in Barcelona) at the end of February.”