The Crown and Volkswagen jointly suggested the penalty, which falls short of the maximum $265 million the company could have been forced to pay 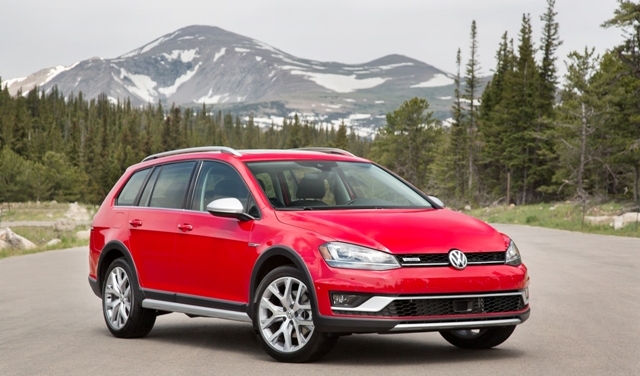 TORONTO—Volkswagen was ordered Jan. 22 to pay $196.5 million to the Canadian government for importing cars that secretly violated the country’s emissions standards, a record-setting fine an Ontario judge said marks “a new era” in environmental protection.

Judge Enzo Rondinelli handed down the fine hours after the company formally pleaded guilty to all 60 environmental charges it faced in the emissions-cheating scandal.

The Crown and Volkswagen jointly suggested the penalty, which falls short of the maximum $265 million the company could have been forced to pay. But prosecutors said the amount is more than 20 times higher than Canada’s previous record environmental fine, a contention Rondinelli supported.

“The proposed fine here indicates that a new era of environmental protection is upon us,” Rondinelli said in his decision. “It is no longer a matter of a company just paying minimal fines and seeing it as a cost of doing business and going on to commit further infractions down the road.”

In an agreed statement of facts, the automaker and the Crown acknowledged the company imported 128,000 Volkswagen and Audi vehicles, along with 2,000 Porsches, that violated the standards.

Reading from the statement, prosecutor Tom Lemon noted that certain supervisors and employees were aware that the company was using software to cheat the U.S. testing process, the results of which are used by Canadian authorities.

But Volkswagen refused to admit any actual human or environmental harm caused by its pollution, saying only that the scheme had the potential to cause harm.

The federal government charged the auto giant last month with 58 counts of illegal importation under the Environmental Protection Act and two counts of providing misleading information.

The penalty was significantly higher than the previous record—a $7.5 million fine incurred by a mining company in 2014.

“Normally sentences gradually increase over time, if they do, as certain offences become more of a problem or they get greater notoriety and there’s a greater consciousness to deal with these offences,” Lemon said outside court. “So the judge is correct in stating that this, being such a high fine, hopefully is a dawn of a new era for greater penalties in the environmental context.”

Volkswagen has 30 days to pay the money, which will go to the federal government’s Environmental Damages Fund. Both parties suggested distributing it to the provinces and territories based on how many affected vehicles were sold in each jurisdiction.

The statement of facts notes that the automaker has already tried to make some amends in Canada.

Volkswagen “has devoted significant resources to, and undertaken extensive measures for, the remediation of the subject vehicles,” Lemon read in court, noting the company has compensated Canadian customers for the cost of either fixing vehicles’ emissions or getting them off the road.

Those settlements, the statement said, provided benefits “of up to a potential maximum” of $2.39 billion, and were completed by Aug. 31, 2019.

In court last month, defence lawyers said Volkswagen intended to plead guilty, but the resolution was delayed while three people sought to make victim impact statements and provide other input.

Rondinelli ruled against them, saying it’s not their role to prosecute the company accused of harming them.

Lemon said at the time he would gather victim impact statements and review them before submitting them to the court on Jan. 22, in line with the typical process.

On Jan. 22, prosecutors argued that the “community impact statement” turned in to them was not admissible in court. The seven-page document—accompanied by 520 pages of reference materials—was an attempt to enter untested expert testimony into the record, they said.

Outside court, lawyer Amir Attaran, who teaches at the University of Ottawa and works with the group Ecojustice, said he felt it was a failing of the Canadian justice system that the court didn’t hear about the environmental and health harms of excess emissions.

“If that’s not important, the fact that this company has endangered lives, and not worth the 15 minutes it would take to read it out in court, well shame on the Canadian justice system and shame on Volkswagen,” he said.

Volkswagen pleaded guilty in U.S. court to three felonies in 2017 and was fined billions of dollars. German prosecutors fined the company one billion euros in the emissions-cheating case in 2018.