by Michael Biesecker and Tom Krisher, The Associated Press  January 12, 2017

EPA issued the automaker a "notice of violation" Thursday, alleging FCA failed to disclose software in some diesel pickups and SUVs that allows them to emit more pollution than permitted 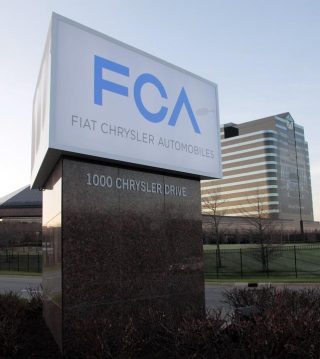 DETROIT—The U.S. government is accusing Fiat Chrysler of failing to disclose software in some of its pickups and SUVs with diesel engines that allows them to emit more pollution than allowed under the Clean Air Act.

The Environmental Protection Agency said in a statement Jan. 12 that it issued a “notice of violation” to the company that covers about 104,000 vehicles including the 2014 through 2016 Jeep Grand Cherokee and Ram pickups, all with 3-litre diesel engines. The California Air Resources Board took similar action.

The EPA scheduled a news conference Thursday to explain details of the case.

“Failing to disclose software that affects emissions in a vehicle’s engine is a serious violation of the law, which can result in harmful pollution in the air we breathe,” said Cynthia Giles, EPA assistant administrator for enforcement and compliance.

The agency said it will continue to investigate the “nature and impact” of the devices. The agency said FCA may be liable for civil penalties for the alleged violations of the Clean Air Act. The EPA is investigating whether the auxiliary emission control devices constitute “defeat devices,” which are illegal because they turn off pollution controls.

Fiat Chrysler’s shares fell more than 16 per cent after the news was announced to $9.29.

The announcement comes one day after Fiat rival Volkswagen pleaded guilty in federal court to criminal charges related to widespread cheating involving emissions tests with its “Clean Diesel” line of vehicles. Six high-ranking VW executives have been charged in the scandal. VW agreed to pay a record $4.3 billion penalty for cheating on emissions tests.

In response, FCA said it “intends to work with the incoming U.S. administration to present its case and resolve this matter fairly and equitably,” as well as assure the government and customers its vehicles meet all regulatory guidelines.