After siding with Putin in Helsinki over accusations of election meddling, the U.S. president appeared to be trying to squirm out of trouble by saying he misspoke 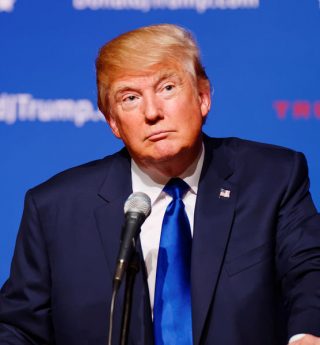 WASHINGTON—Blame it on that pesky double negative.

After 27 hours of near-universal condemnation, President Donald Trump claimed Tuesday he simply misspoke in Helsinki when he said, “I don’t see any reason why it would” be Russia that interfered in the U.S. election.

“The sentence should have been, ‘I don’t see any reason why it wouldn’t be Russia.’ Sort of a double negative,” Trump said.

But even as Trump said he accepted U.S. intelligence agencies’ conclusions that Russia was behind the election hacking, he added, as he has before: “It could be other people also. A lot of people out there.”

So the world was left to wonder: Was he really tripped up by a double-negative or was that clarification really a cleanup operation?

Even if it was a mere grammatical glitch, Trump made plenty of other comments in the same Helsinki news conference that gave Russia the benefit of the doubt.

He declined to say whether he believed the U.S. intelligence community’s conclusion that Russia interfered over Putin’s denials. And he blamed the poor state of relations between the two superpowers on foolishness by both countries.

As for the accusation of Russian election meddling, Trump said: “I have great confidence in my intelligence people, but I will tell you that President Putin was extremely strong and powerful in his denial today. He just said it’s not Russia. I will say this: I don’t see any reason why it would be.”

That last sentence was what he corrected Tuesday.

The “would,” he said, should have been “wouldn’t.”

With that, Trump declared the contretemps over, insisting, “I think that probably clarifies things pretty good by itself.”