The Canadian PM reaffirmed his opposition to Russia's international activities, but stopped short of criticizing Trump for his conduct in Finland 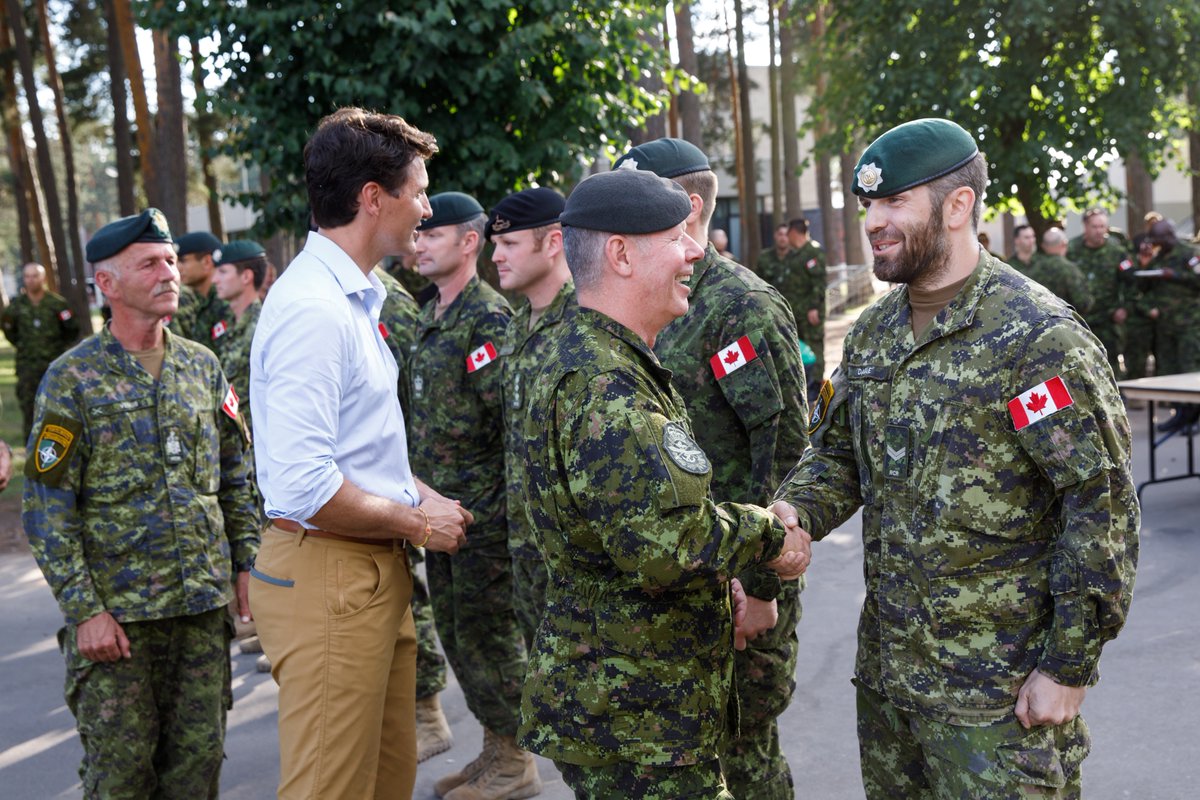 OTTAWA—Prime Minister Justin Trudeau is standing firm in his condemnation of Vladimir Putin despite U.S. President Donald Trump’s warm words for the Russian president this week.

Trudeau says Canada remains strongly opposed to a host of Russian actions under Putin’s watch, including the annexation of Crimea, its support for Syrian strongman Bashar al-Assad and rebels in eastern Ukraine, and its use of chemical weapons in Britain.

The prime minister says Canada is also committed to standing with eastern European nations like Latvia, where he recently visited 450 Canadians troops leading a NATO battle group whose task is to protect against a Russian invasion.

The strong words come one day after a controversial summit between Putin and Trump in Finland, where the U.S. president appeared to blame his own country for poor relations with Moscow and accept the Russian leader’s denials of having interfered in the 2016 U.S. presidential election.

While many U.S. officials are blasting Trump’s performance, Trudeau wouldn’t comment, and instead repeated his condemnation of Putin and Russia.

Trudeau was speaking to reporters during a visit to Antigonish, N.S.