Pipeline company taking next step in seeking compensation for Obama veto despite U.S. never having lost a challenge under the free trade agreement 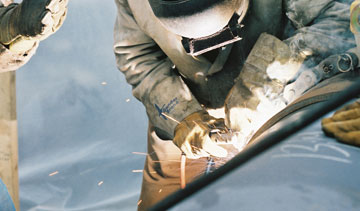 CALGARY—TransCanada Corp. is moving forward with its attempt to seek more than $15 billion compensation under the North American Free Trade Agreement following the U.S. government’s rejection of the company’s proposed Keystone XL pipeline.

The Calgary-based company made a formal request for arbitration from the International Centre for Settlement of Investment disputes under the trade deal late last week, after giving notice of its intention to make the claim back in January.

The request says talks with the U.S. government to resolve the dispute began in April, but the two sides failed to reach an amicable settlement.

Similar to the notice TransCanada filed in January, the company alleges in the compensation request that the government concluded numerous times that the pipeline would not have a significant impact on greenhouse gas emissions.

It alleges that, as a signatory to NAFTA, the U.S. government failed in its commitment to protect Canadian investors and ensure the company was treated in accordance with international law.

“At the time Keystone submitted its applications, the express policy of the United States was to expedite the development of energy production and transmission projects including oil pipelines,” the formal request made on Friday states.

“That remains the official policy of the United States even today, despite the denials of Keystone’s applications.”

The document alleges the denial of the pipeline was politically motivated and contravened the precedent that was set by the approval of similar projects.

The White House and the State Department declined to comment on the NAFTA challenge when TransCanada gave notice of its intention to seek compensation in January.

The nearly 1,900-kilometre line was first proposed in 2008 and its aim was to expand an existing cross-border pipeline to give crude from the Alberta oilsands a more direct route to U.S. Gulf Coast refineries.

During a seven-year debate, the project became a focal point for environmental protesters.

The U.S. has never lost a claim under the North American Free Trade Agreement, but some experts suggest the winning streak may not matter.

Jim Rubin, a partner at law firm Dorsey & Whitney in Washington, D.C., explained earlier this year that unlike a typical court case, NAFTA arbitration tribunals are not bound to follow precedents set in past cases.