Dominic LeBlanc will need to deal with ideological challenges from a number of provinces, on issues ranging from pipelines and carbon pricing to equalization and pot 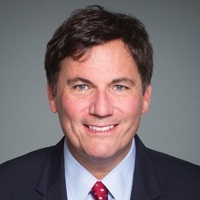 OTTAWA—The key to unlocking an ever-tightening knot of policy disputes between the provinces and the federal government will be to focus on those areas where everyone can agree, says the minister whose new job is to help do exactly that.

Last month’s Liberal cabinet shuffle handed Dominic LeBlanc the brand new portfolio of intergovernmental and northern affairs and internal trade—a position that makes the veteran New Brunswick MP the minister in charge of minding the priorities of the provinces and territories.

Prime Minister Justin Trudeau, who until earlier this month had served as his own minister of intergovernmental affairs, wanted someone in cabinet to focus full-time on “working collaboratively with provinces,” LeBlanc told The Canadian Press in an interview this week.

“The prime minister’s instruction to me was to do so in a collaborative, constructive way,” he said. “I certainly don’t start with the view that it should be adversarial.”

The Trudeau government is finding it increasingly difficult to fulfill some of its signature policy commitments thanks to a growing list of ideological tensions with—and among—the provinces, including:

Asked whether his role in cabinet will be as Trudeau’s “Tory whisperer,” LeBlanc provided little more than a hearty laugh, saying he plans to adopt a positive attitude and a focus on building bridges, rather than points of conflict. In fact, he insisted, he has so far heard more consensus than dissent from provincial leaders.

When it comes to Ford’s hardline philosophy on carbon pricing, LeBlanc wants to hear the nascent Ontario government’s other ideas for tackling climate change. And he hopes their difference of opinion over curbing emissions by making polluters pay will not interfere with other areas where they can work together.

“Putting a price on carbon pollution is a critical part of the commitment we made to tackling climate change, but we also recognize that is but one of a number of measures. That alone will not take us to our objectives in terms of greenhouse gas emission reductions,” LeBlanc said.

“I think, to be fair, we need to have those conversations with the Ford government about what are their ideas in terms of a plan to tackle climate change—and we may find in their suggestions and their ideas a number of areas that we agree with them can be very constructive.”

In handing him the new cabinet post, LeBlanc said Trudeau flagged internal trade between the provinces as another key area where “urgent and quick attention” is called for.

Over the years, governments across the country have, in some cases inadvertently, placed more restrictions on the movement of goods and services between Canadian provinces than on those from some foreign countries with which Canada has trade agreements.

Such policies make no sense and must be fixed, LeBlanc said—especially when it comes to alcohol.

As part of the annual meeting of provincial and territorial leaders last month, premiers agreed in principle to reduce barriers limiting the amount of alcohol that can move across their borders, but failed to produce clear timelines or details around personal limits. More progress is possible, LeBlanc said.

“It is one of the most visible examples where we can make progress…. Some premiers told me they thought they could have gone a lot further so I want to figure out how we can play a more constructive role.”