With 12 of Alberta's 18 coal plants scheduled to close before 2030, the province is concentrating on shuttering the remaining six 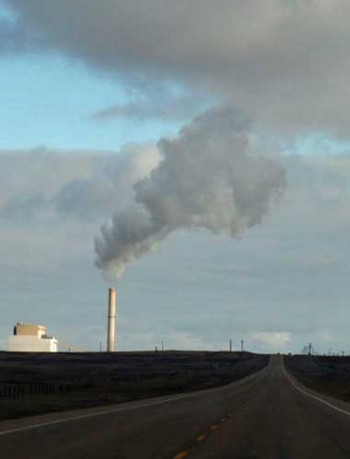 CALGARY—The CEO of TransAlta Corp. said she has misgivings about the pace and complexity of the Alberta government’s efforts to phase out coal-fired power generation by 2030.

While discussing first-quarter earnings May 3, Dawn Farrell said the Calgary-based power provider is looking for clarification from the government on incentives to encourage building alternative power sources, mainly natural-gas fired, to replace coal.

In November, the government said all coal-fired power plants would be forced to shut down or be emissions-free by 2030 as part of Premier Rachel Notley’s plan to address climate change. Coal power companies in Alberta are looking for compensation from the government for the early shutdown.

The NDP government appointed American power expert Terry Boston in March to come up with a report on how to proceed. That is due in September.

“This seems like a pretty short period for concluding what I believe is a very historic and very significant process,” Farrell said on a conference call with investors.

“Nevertheless, we’re all incented to achieve the best solution. This will give investors the confidence to invest capital in Alberta and TransAlta.”

12 of Alberta’s 18 coal-fired generating units are expected to shut down before 2030 under federal regulations. Boston is to concentrate on finding ways to close the six others.

Earlier this year, Farrell criticized the government for taking longer than expected to appoint someone to guide the process to phase out coal. She said TransAlta’s capital projects in Alberta would remain on hold until the new rules are known.

On Tuesday, she said initial meetings took place last month with Boston, who appears to be a “very talented man” who won’t take long to gain familiarity with the Alberta marketplace.

Alberta’s Economic Development Department did not return a request for an update on the process.

TransAlta reported adjusted earnings of $279 million in the first quarter ended March 31, an increase of $4 million over the same period in 2015, despite spot power prices that fell to historic lows in Alberta.