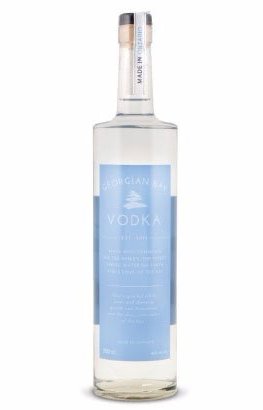 TORONTO—An Ontario-made brand of vodka is being pulled from store shelves in the province because of a faulty batch that contained double the alcohol content shown on the label.

Christine Bujold of the Liquor Control Board of Ontario says one batch of Georgian Bay brand vodka was not properly diluted prior to bottling.

As a precaution, Bujold says the LCBO is pulling all bottles of Georgian Bay vodka.

She says the dilution error is confined to one batch, adding the Toronto-based Georgian Bay Gin Company that produces the spirits is co-operating with the recall.

She says an 81 per cent alcohol level is not safe for consumption and could cause illness, particularly if consumed under the assumption that the alcohol content was lower.

“There are beverage alcohols out there that are that potent, however they’re labelled accordingly,” Bujold said. “With the vodka, the label says it’s 40 per cent, you might be drinking it neat without dilution. What you’re actually consuming is 80 per cent, so that’s where the risk is.”

Bujold said any customers or licensees who have purchased bottles from the affected batch may return them to the LCBO for a full refund.

No illnesses have been reported as a result of consuming the undiluted vodka, she said.