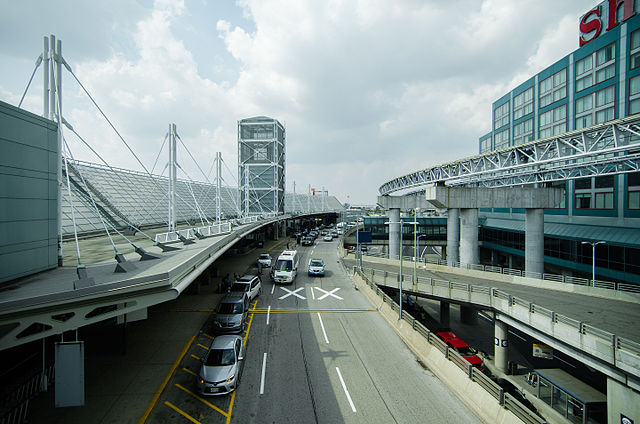 The SNC facility supplies Pearson Airport with electricity. While the GTAA has a license as the plant’s owner, the facility’s operator, SNC, did not. PHOTO: Jeff Hitchcock, via Flickr

TORONTO—SNC-Lavalin has been fined $75,000 for operating a gas-fired electrical generating plant at Toronto’s Pearson International Airport without a licence for the past 10 years.

The Ontario Energy Board says it inspected SNC-Lavalin’s operations and maintenance facilities at the Toronto airport “after it became known” the company was generating electricity without a licence.

The provincial agency has not said how it finally learned the company was operating an electricity generation facility for a decade.

“It is every energy facility owner’s and operator’s obligation to apply to the OEB for a licence to operate,” said Board spokesperson Karen Evans in an email. “SNC, who are providing ancillary services to the Greater Toronto Airports Authority, believed they did not require a licence as the operator of the facility.”

Energy Minister Glenn Thibeault said he’s “glad” the company was fined by the OEB, which he called a quasi-judicial organization, and suggested he would ask the board how a power generation facility could operate so long without a licence.

“That’s part of the conversation that we’ll continue to have with the OEB,” Thibeault told reporters. “The public safety was never at risk.”

Progressive Conservative energy critic John Yakabuski said the fact that SNC-Lavalin operated the generating station without a licence for 10 years shows the Liberal government is “asleep at the switch” on the energy file.

“When the government doesn’t like the news it calls the OEB an arm’s-length agency,” said Yakabuski.

NDP Leader Andrea Horwath called the fact the OEB didn’t know the generation facility was being operated without a licence “very worrisome,” and said the Liberals always point to the board as the agency that will protect consumers from rising electricity rates.

“You have to wonder how much trust we can have in an agency that’s had this debacle occur,” said Horwath.

Thibeault said the GTAA did have a licence as the owner of the electrical generating plant, but the operator, SNC Lavalin, didn’t get one until it was ordered to do so last June.

The GTAA says the facility supplies electricity to the airport “typically during the heat of summer,” and to help manage demand and keep a steady power flow during interruptions from the local municipalities.

Electricity generated at the airport is sold back to the provincial grid when demand is high.