As all other regions signed on, Saskatchewan and Manitoba refused to agree to Ottawa's plan for a national carbon tax last fall 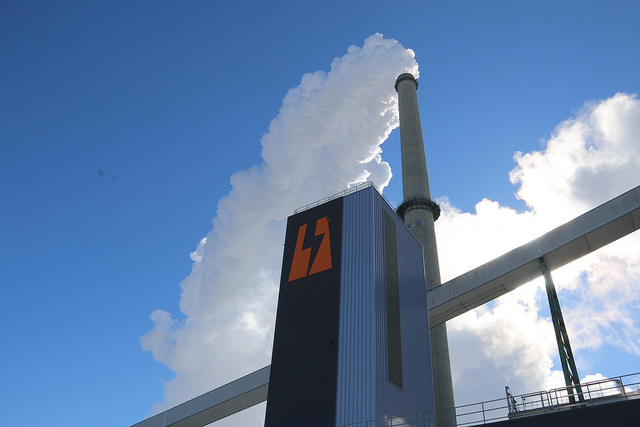 The province has taken steps to clean up its coal plants, but emissions remain a major concern. PHOTO: SaskPower/Flickr

OTTAWA—Canada and Saskatchewan seem headed to a legal showdown over whether the federal government can force provinces to impose a carbon tax.

Prime Minister Justin Trudeau said last fall he wants every province and territory to have a $10 a tonne price on carbon in place by 2018, rising to $50 a tonne by 2022. Trudeau said if they didn’t do it themselves, he would do it for them.

Saskatchewan Environment Minister Scott Moe told The Canadian Press May 4 his province will never let that happen. A $50 a tonne carbon tax would amount to $2.5 billion in Saskatchewan, he said, and that’s a cost its export-based economy cannot bear.

“We’ll use everything in our disposal to not have that cost imposed on industries here in the province of Saskatchewan and that may include going to a court of law,” he said.

Eleven provinces and territories agreed to the carbon price plan in December, when they signed the Pan-Canadian Framework on Clean Growth and Climate Change.

Saskatchewan and Manitoba did not.

“We’re always having good discussions with them and, to be honest, they agree with most parts of the framework, so I’m optimistic,” she said.

Manitoba is working on a carbon plan, but Premier Brian Pallister has said his priority is a better deal on health care. A spokesman for Pallister did not respond this week when asked whether Manitoba will sign the framework now.

Moe said his government will cut emissions through innovation and technological advances in areas such as carbon capture and storage and renewable energy production.

The federal government has never specified when in 2018 the price has to be in place or exactly how it intends to impose a carbon price in provinces which don’t do it on their own. A spokeswoman for McKenna said Thursday the federal backstop plan to impose a carbon tax on any jurisdiction without one will be ready in a few weeks.

British Columbia and Alberta already have carbon taxes in place. Ontario and Quebec have cap-and-trade systems under which governments set a cap on emissions. Companies with lower emissions can sell credits to those with higher emissions.

Both systems are designed to provide financial incentives to encourage people to find ways to cut their own emissions.

Nova Scotia intends to create its own cap-and-trade system and the other three Atlantic provinces are now looking at whether or not to join it.