The call to action comes after a 14-year-old girl died last week in Laval, Que. after reportedly consuming FCKD UP, a sugary drink with 11.9 per cent alcoholic content

March 6, 2018  by Sidhartha Banerjee and Giuseppe Valiante, The Canadian Press 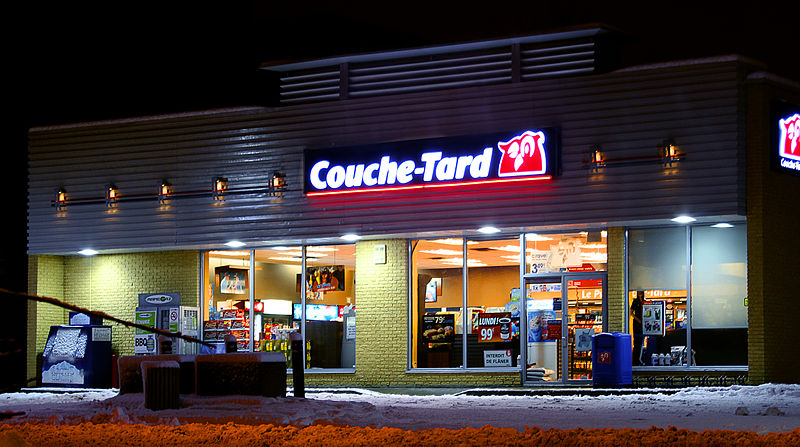 Quebec-based convenience store chain Couche-Tard decided on Friday to pull FCKD UP from its shelves. The firm said selling the beverage is legal but it wanted to act responsibly. PHOTO: Patrick Le Barbenchon, via Wikimedia Commons

MONTREAL—Health Canada must review regulations around alcoholic beverages infused with high amounts of sugar following the reported death of a Quebec teenager who had drunk such a product, Quebec’s public health minister said Monday.

Some alcoholic products contain so much sugar, young people don’t realize how quickly they are becoming intoxicated, Lucie Charlebois said.

“Young people don’t feel like they are drinking alcohol because there is so much sugar and there is a lot of alcohol as well,” Charlebois said. “Health Canada needs to take a look at that.”

In response to the death of Athena Gervais, 14, last week in Laval, Que., the Montreal-area producer of the beverage she reportedly drank before she died announced it was pulling the product from store shelves. Geloso Group, maker of FCKD UP, called on Sunday night for tougher regulations and controls surrounding similar types of drinks, and said it would stop producing the product immediately.

The decision comes after Gervais’s body was pulled from a stream near her high school last week. Montreal’s La Presse reported the teen had been drinking stolen cans of FCKD UP.

Laval police are still awaiting results of an autopsy but have already called the death accidental.

The statement from Geloso Group made no reference to the death but co-president Aldo Geloso said the company was taking steps to stop selling the beverage.

Geloso said the company decided to introduce its own brand in 2017 to compete with Four Loko, a sweetened beverage with 11.9% alcohol content produced by a Chicago-based company.

“It was a mistake to enter this category to compete with Four Loko,” Geloso said. “In fact, the Four Loko category should not even exist.”

Geloso added Four Loko was recently removed from store shelves because it violated Quebec’s alcohol laws but said the product is about to return.

The U.S. manufacturer of Four Loko, Phusion Projects, did not immediately respond to calls on Monday.

Geloso Group’s announcement followed one by Quebec-based convenience store chain Couche-Tard, which decided on Friday to pull FCKD UP from its shelves. Couche-Tard said selling the beverage is legal but the chain wanted to act responsibly.

In a letter, Sen. Andre Pratte called on Health Minister Ginette Petitpas Taylor to look into the health risks of alcoholic energy drinks.

While authorities are trying to piece together the circumstances of Gervais’s death, Pratte writes it’s not normal for teenagers to buy high-alcohol beverages at a local convenience store at lunch and become so intoxicated that they can’t return to class in the afternoon.

The federal government can look at limiting the concentration of alcohol and the size of cans, as well as at new restrictions on the mixture of sugar, caffeine and alcohol, Pratte said.

A spokesman for Health Canada, Eric Morrissette, referred The Canadian Press to a statement the agency made over the weekend saying, “Health Canada is already working with the government of Quebec to address this issue.”

On Saturday, Educ’alcool, a non-profit that encourages moderate drinking, also appealed to Health Canada to further regulate the sale of alcoholic energy drinks.