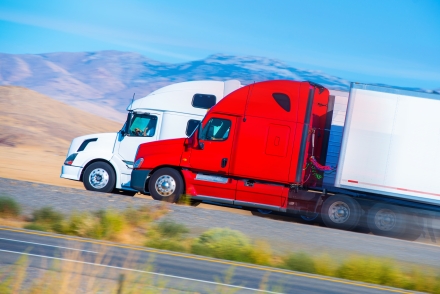 50 per cent of all truck accidents in Saskatchewan between 2014 and 2016 involved drivers from out of province.

Trucking safety has been in the spotlight since April 6 when 16 people with the Humboldt Broncos died and 13 others were injured after a transport truck and the junior hockey team’s bus collided.

Saskatchewan Premier Scott Moe said discussions were underway before the crash, through Saskatchewan Government Insurance, and he hopes any changes that are agreed upon will be brought in soon.

“SGI has been in discussion with our Saskatchewan trucking industry as well as the Canadian industry as a whole on standardizing and mandatory testing here in this province,” Moe said Thursday.

Joe Hargrave, minister responsible for SGI, said 50 per cent of all truck accidents in Saskatchewan between 2014 and 2016 involved drivers from out of province.

Ontario is the only province that has mandatory truck driver training consisting of 103.5 hours.

Alberta announced earlier this week that it’s making driver training for new commercial truckers mandatory as early as next January.

Hargrave said the western provinces are aiming to have an announcement by early fall.

“Looking at best practice and meeting with industry to ensure that there is a basic level or training that people in the province can ensure that all drivers have achieved,” she said.

Moe said he supports the move and believes that some parents from the Broncos are likely to feel the same.

“We welcome that. I’ve talked to a number of parents from the Humboldt bus crash and I think they would be supportive of that as well in many cases”

The Broncos bus crash occurred where Highway 35 meets a secondary road at a spot known as Armley Corner. The tractor trailer involved was owned by a Calgary company.

The province has hired a private engineering firm to examine the corner.