The changes come after the 2018 death of Quebec teenager Athena Gervais, who drowned in a creek after quickly consuming several sugary alcoholic drinks 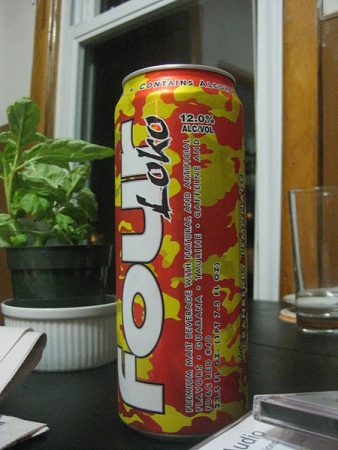 The alcohol content in what Health Canada described as “single-serve flavoured purified alcoholic beverages” can no longer exceed 25.6 ml for each container of one litre or less.

The amount is the equivalent of about one and a half drinks; a single serving could previously contain up to four standard alcohol drinks.

The changes come after the 2018 death of Quebec teenager Athena Gervais, who drowned in a creek after quickly consuming several sugary alcoholic drinks.

A coroner reported this year that Gervais, 14, consumed most of three 568 ml cans of a beverage called FCKD UP—the equivalent of 12 glasses of wine—in the span of half an hour on Feb. 26, 2018.

Her body was found a few days later and the teen’s death raised questions about the drinks and their marketing to youth. Health Canada consulted extensively before introducing the new rules Thursday.

Given the “seriousness of the situation,” Health Minister Ginette Petitpas Taylor said in a statement Thursday that the rules are effective immediately and there will be no transition period.

The industry was well aware of the changes that were coming—in the weeks following Gervais’ death, Montreal-area Groupe Geloso stopped producing FCKD UP and destroyed its inventories while allowing stores to liquidate their stock.

Not long after, U.S. competitor Phusion Projects followed the example and stopped distribution of Four Loko.

Educ’alcool, a Quebec non-profit that promotes responsible drinking, said it is disappointed with the new rules, which it called too permissive.

The organization believes the federal government missed an opportunity to crack down on the relatively new industry and will fail to protect young people who need it the most.

“No one can understand how they can limit it to one-and-a-half servings of alcohol in one standard can,” Sacy said. “Nobody counts their drinks by a glass-and-a-half and moreover, there’s absolutely nothing about labelling, packaging and the design of these drinks.”

Sacy added the federal government didn’t even listen to the Quebec coroner, Martin Larocque, who also recommended containers under one litre be limited to one serving, rather than the 1.5 servings proposed by Health Canada.

The coroner had also suggested restrictions on the appearance and marketing of products, including a ban on names or slogans that “trivialize excessive alcohol consumption, inebriety or alcohol dependence.”

Health Canada said an exemption would be made for beverages packaged in glass containers with a 750-ml volume or higher, since those drinks are typically intended for multiple servings.