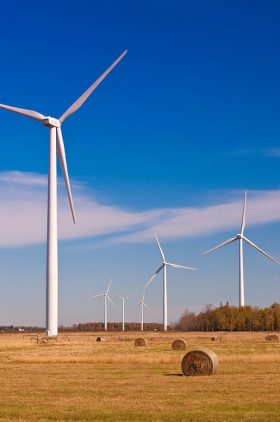 TORONTO—An Ontario municipality opposed to wind turbine projects acted in bad faith when it unfairly threw up a roadblock that made it impossible for a company to proceed with one, Ontario’s top court ruled June 22.

The decision means Kawartha Lakes will have to take another look at how it dealt with a project application from Sumac Ridge Wind as previously ordered by Divisional Court.

“Divisional Court found that the city had acted in bad faith by exercising its jurisdiction over roads for an improper purpose, that is to frustrate the Sumac Ridge approval and prevent wind-energy projects from being constructed within its jurisdiction,” the Court of Appeal said.

“This was an inference it was entitled to draw.”

Access to the private construction area, however, involved widening and levelling a municipal road allowance known as Wild Turkey Road. Sumac Ridge undertook to pay for the costs involved, but the city stalled when approached in 2011.

In mid-2012, with final provincial approvals pending, Kawartha Lakes told the company that the use and upgrading of Wild Turkey Road would require the city’s green light.

In March 2013, the city passed resolutions stating that it was not a “willing host” for wind projects and that it would be looking for legal advice on how it might stop the Sumac Ridge proposal.

The province approved the project in December 2013, which required sticking strictly to the submitted plans, including access via Wild Turkey Road.

However, Kawartha Lakes council passed a resolution in March 2014 essentially denying use of the road for wind projects. Negotiations between company and municipality failed, prompting Sumac Ridge to ask Divisional Court to intervene.

Last August, Divisional Court found the city had behaved badly and ordered it to reconsider the applications in good faith.

“(The city) was not exercising or attempting to exercise any legitimate jurisdiction over the use of the roads,” Divisional Court found.

Kawartha Lakes turned to the Court of Appeal, arguing among other things that Divisional Court was wrong to say the city had stepped on provincial jurisdiction and that it had acted in bad faith.

The Appeal Court rejected the city’s arguments, finding that provincial legislation—such as laws on renewable energy—supersedes municipal bylaws where there’s a conflict.

“The only concerns a municipality can advance are reasonable considerations such as costs, indemnification, and liability, and only so long as it does so in good faith,” the Appeal Court said. “Permits may not be refused simply because the municipality disagrees with the overall project.”

In the current situation, the court said, council acted “unreasonably and arbitrarily and without the degree of fairness, openness, and impartiality required of a municipal government.”

A project spokesman noted the city has to pay $85,000 for wpd Canada’s court costs and said construction on the access road would begin this summer. When complete, the turbines should provide power equivalent to the average annual use of 1,514 homes.