The $420 million earmarked for Ontario under the Low Carbon Economy Leadership Fund is under review, since funding is contingent on imposing a carbon price 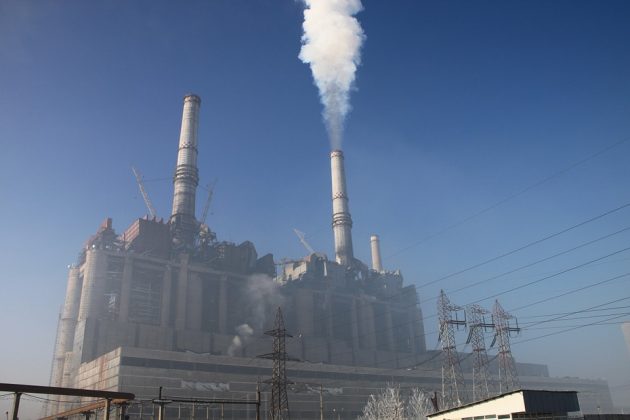 Ontario’s new premier Doug Ford called the cap-and-trade program little more than a “government cash grab” when he cancelled it on Tuesday as one of the first actions of his nascent government. PHOTO: Pixabay

OTTAWA—The federal government is interpreting Ontario’s cancellation of its cap-and-trade program as equivalent to withdrawing from Ottawa’s national climate change framework—and is reconsidering more than $400 million in funding as a result.

A spokeswoman for Environment Minister Catherine McKenna says the $420 million earmarked for Ontario under the Low Carbon Economy Leadership Fund is under review, since funding is contingent on agreeing to the framework, which includes imposing a carbon price.

Newly elected Ontario Premier Doug Ford has rescinded the previous Liberal government’s regulation that established the cap-and-trade program in 2017, withdrawing from an arrangement with Quebec and California that established a joint carbon market to buy and sell pollution credits.

As a result, Canada has hit the brakes on Ontario’s portion of the $1.4-billion climate change fund.

“By cancelling Ontario’s cap-and-trade plan, the Ontario government is making it clear that it is not taking climate action, and is effectively withdrawing from Canada’s national climate change plan without a plan of their own,” McKenna spokeswoman Caroline Theriault said in a statement.

Ottawa had already approved funding for seven Ontario programs under the fund, but all of that money is now on hold. One particular program cancelled by Ford, the Green Ontario Fund, means the province has forfeited $100 million in federal money.

Ford called the cap-and-trade program little more than a “government cash grab” when he cancelled it on Tuesday as one of the first actions of his nascent government.

“Every cent spent from the cap-and-trade slush fund is money that has been taken out of the pockets of Ontario families and businesses,” he said in a news release.

“We believe that this money belongs back in the pockets of people. Cancelling the cap-and-trade carbon tax will result in lower prices at the gas pump, on your home heating bills and on virtually every other product that you buy.”

Cap-and-trade limits the amount of acceptable emissions; companies that come in under the limit can generate credits which can then be sold to others that exceed the limits. The idea is to create incentives for industry to invest in reducing their carbon footprint.

Those additional costs are passed along in part to consumers in the form of higher prices for gasoline and heating fuels, which in turn is supposed to encourage consumers to reduce their energy use.

The funds Ontario raised through selling credits was to go to programs such as the Green Ontario Fund to help cut emissions.

As it stands, Ontario residents will see only a short period without a carbon price. Under a new federal law passed last month, Ottawa intends to impose a minimum price on pollution through a carbon tax on any province that hasn’t got its own system in place, beginning in January.

A federally imposed carbon price would start at $20 per tonne, increasing $10 a year until it hits $50 a tonne in 2022. The government intends to review the program in 2022 before deciding whether to raise it further.

Saskatchewan, which had been the only province not to endorse the climate change framework, has asked the courts to decide if Ottawa has the authority to impose a carbon price on provinces—a challenge for which Ford has expressed support in the past.

Many legal experts have suggested Ottawa has the necessary authority—including one from a legal review by the Manitoba government as it decided how to proceed.