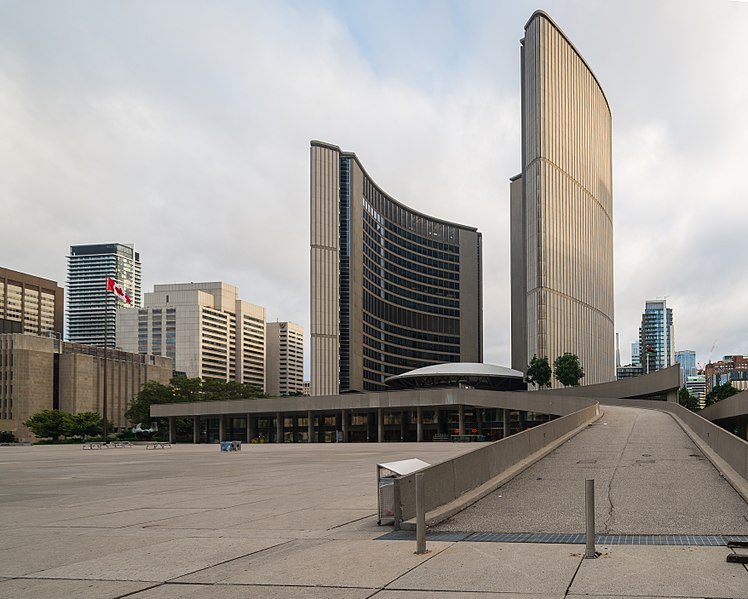 TORONTO – The City of Toronto asked the federal government Thursday to stop Ontario legislation slashing the size of its council, an appeal issued after staff warned that holding a fair municipal election next month was becoming virtually impossible.

Prime Minister Justin Trudeau made it clear, however, that Ottawa would not block the Ontario government’s unprecedented use of a constitutional provision to push through with its plan to reduce Toronto’s electoral map to 25 wards from 47.

The request for the federal government to use its disallowance powers came during an emergency session at city hall a day after Premier Doug Ford reintroduced council-cutting legislation that was found unconstitutional.

“I would say at this time Mr. Prime Minister, Toronto needs you,” said Coun. Joe Mihevc, who brought forward the resolution to ask for Ottawa’s assistance. “We need you at this time to enforce that principle in the Charter of Rights and Freedoms that says we are all created equal within the law and we are all subject to due process.”

A provision of the Constitution technically permits the federal government to disallow provincial legislation, but it was last used in 1943, raising questions in legal circles about whether it has become obsolete.

Trudeau, speaking in Saskatchewan as the Toronto meeting took place, stressed he would not change his position on the Ford government’s decision to invoke the notwithstanding clause to forge ahead with its council-slashing plan.

“I’m disappointed that the provincial government chose to take this decision to override people’s rights and freedoms but at the same time, I’m not going to weigh in on the actual debate over the size of the municipal governments in Ontario, in Toronto,” he said. “I don’t think that’s a role that the federal government needs to take on.”

Meanwhile, the city official responsible for running Toronto’s Oct. 22 election said every delay resulting from the battle between the province and the city affects her ability to ensure fairness in the vote, regardless of whether it involves 47 or 25 wards.

“We have hit a tipping point,” said Ulli Watkiss. “Both scenarios are becoming virtually impossible for us to carry out.”

Toronto had challenged the province’s council-cutting legislation in court and a judge agreed that passing the bill in the middle of municipal election campaign violated the freedom of expression rights for voters and candidates.

But Ford quickly announced he’d use the notwithstanding clause to override the ruling. His government is also appealing the decision.

Toronto councillors decided Thursday to continue to fight the province’s legislation in the courts, with Toronto Mayor John Tory saying the city had to pursue all legal options regardless of the odds.

“I firmly believe you don’t make a bad law better by overriding the Charter of Rights and Freedoms,” he said. “We’re all here to keep standing up for Toronto.”

Ford, a former city councillor and failed mayoral candidate, has said his plan will save $25 million and improve decision making on council.

Municipal Affairs Minister Steve Clark said he still believes the city can head to the polls as scheduled. He wouldn’t say, however, if the province has a backup plan should Toronto’s clerk find that the city cannot be ready for the vote in time.

The opposition parties have vowed to use procedural tools to delay the province’s council-cutting bill as much as possible.

The NDP said Thursday that it will challenge the bill under rules that preclude legislators from introducing substantially the same bill twice in one session, and that bar the legislature from debating a item currently before the courts.

The Speaker, Progressive Conservative Ted Arnott, will be called to rule on the matter, though it’s unclear how long it will take him to decide.

The government, meanwhile, is seeking to make procedural changes the New Democrats say aim to prevent opposition parties from delaying the passing of legislation.

NDP Leader Andrea Horwath noted that several provincial and federal Conservatives have spoken out against the notwithstanding clause.

“The only Conservatives defending the premier’s decision are the ones who rely on him for their jobs,” she said. “How can the premier be so certain that he is right when so many thoughtful Conservatives are telling him he is utterly and totally wrong?”

The Big City Mayors’ Caucus at the Federation of Canadian Municipalities also threw its support behind Toronto on Thursday, criticizing Ford for his actions.

The premier, however, once again dismissed arguments that he is overriding charter rights, saying the notwithstanding clause is itself part of the Constitution.

“If it wasn’t there to be used, it would not be there,” he said. “We live in a democracy. This is going to be the will of the people.”

The legislation has passed first reading and the Tory house leader has said it is expected to pass final reading on the week of Sept. 24.

However, late Thursday a source confirmed to The Canadian Press that the government will hold a rare Saturday sitting of the legislature to speed up passage of the controversial bill.

The source said legislators will be called back to Queen’s Park Saturday at 1 p.m. to help speed up debate on Bill 31, dubbed the Efficient Local Government Act.