Ont. hydro cut misses many businesses, but offers some manufacturers a reprieve

The province's plan to cut electricity bills 25 per cent targets residents, but it will also expand a rebate program for industrial customers

March 3, 2017  by Canadian Manufacturing.com Staff, with files from The Canadian Press 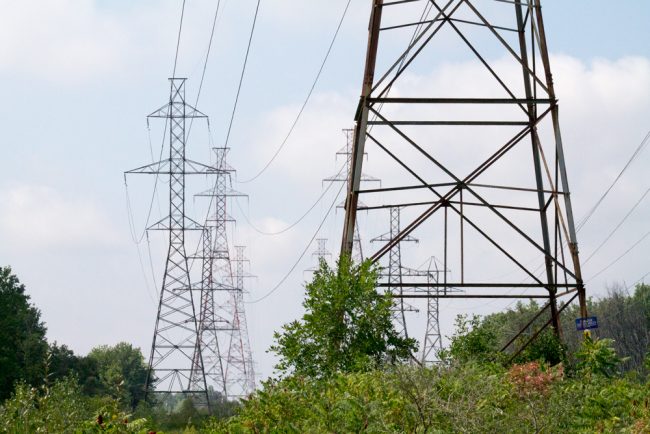 The province plans to expand the Industrial Conservation Initiative, which larger manufacturers can use to lower their power costs. PHOTO: David Kennedy

Premier Kathleen Wynne announced the new measures to decrease residential electricity bills by 25 per cent March 2. The figure includes an eight per cent rebate introduced this January and a further 17 per cent reduction that will come into effect this summer, assuming the Liberal’s Fair Hydro Plan clears the legislature.

Despite the rate reduction, critics were quick to point out that the plan—which involves refinancing some of the province’s long-term power contracts—will ultimately cost ratepayers in the province more.

Wynne likened the plan to re-amortizing a mortgage over 30 years as opposed to 20.

Energy Minister Glenn Thibeault said the government expects its plan to cost about $25 billion over 30 years, though opposition parties said the costs could be more like $42 billion.

“Over time it will cost a bit more. That’s true,” Wynne said when detailing the plan. “And it will take longer to pay off. That’s also true. But it is fairer because it doesn’t ask this generation of hydro customers alone to pay the freight for everyone before and after.”

Though rural businesses should see a reduction in their delivery charge under the new plan, for most businesses, taking part in the immediate savings is more difficult.

Still, mid-sized manufacturers across the province have at least been offered a chance.

As part of the plan, the government will expand the Industrial Conservation Initiative, a program open to manufacturers and other industrial consumers that can translate to savings of up to one-third on a hydro bill’s Global Adjustment line. Under the program, instead of paying the wholesale Global Adjustment rate, eligible companies pay the GA based on how much power they are using during the five hours of the year when the Ontario electricity grid requires the most power.

When it was introduced in 2011, only the province’s largest companies—those that whose peak power demand was greater than 5 megawatts—could join. That threshold has already been lowered twice and currently sits at a single megawatt. Now, the Fair Hydro Plan proposes opening the program up to companies whose peak power demand is just 500 kilowatts—giving even smaller manufacturers the chance to shave thousands off their hydro bill.

Savings of up to 34 per cent on the Global Adjustment can be enticing, but the program requires companies to anticipate when the province’s overall power demand will peak and curb their power consumption accordingly. The province provided few details about the changes, but currently, companies that use less than 5 MW must opt-in to the program.

It is a complex process, but one of the few ways companies can take advantage of the latest Ontario hydro cuts.

You can learn more about the program, eligibility and predicting peaks in the Independent Electricity System Operator’s latest backgrounder. Note that it has not been updated with the proposed 500 kW changes.

And though the new plan could offer some reprieve for smaller manufacturers, larger businesses already enrolled in the program appear to be out of luck.

Following the announcement, the Canadian Vehicle Manufacturer Association, said the plan does nothing to address the “out of control” electricity rates for large hydro customers. The organization, which represents the Canadian divisions of Fiat Chrysler, Ford and General Motors says Ontario electricity costs can be two to three times higher in Ontario than competing auto regions.

“We will continue to reach out to the province to see what can be done but this is a major disappointment for vehicle assemblers and their parts and component manufacturing operations,” Mark Nantais the CVMA’s president, said in a statement.