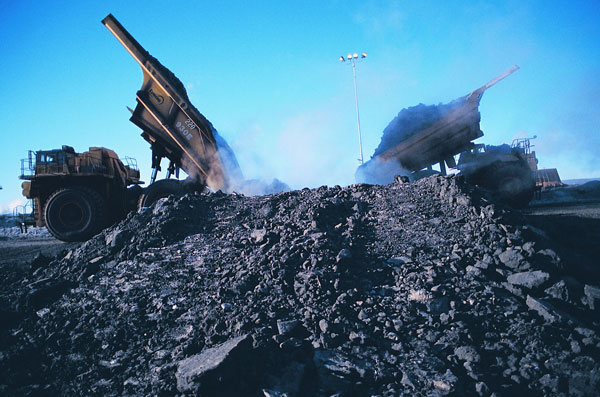 OTTAWA—Canadian oilsands exporters narrowly survived a vote in the European Parliament that could have once again penalized Alberta bitumen as dirty oil.

A proposed fuel quality directive for European Union (EU) refineries has been the subject of a well-funded Canadian lobbying campaign for more than two years.

Canadian negotiators thought the matter was settled this fall when the European Commission backed off and decided all European feedstock crude would be assigned common carbon intensity values, without singling out higher intensity sources such as Canadian bitumen.

More elected parliamentarians actually voted to reject the new fuel quality directive than accept it—337-325—but with 48 abstentions, their numbers fell short of the 376 votes required for an absolute majority to overturn the proposed deal.

The fuel quality directive, or FQD, will go to a ratification vote early in 2015.

“We have the new, watered-down version of the implementing measure that will now go forward,” David Livingston, an associate in the energy and climate program at the Washington-based Carnegie Endowment for International Peace, said in an interview.

“That’s a victory for Canada.”

For information purposes, Canada’s bitumen remains a high-carbon source in the FQD, but the directive will have no practical effect.

Canada successfully argued that current measures of greenhouse gas (GHG) emissions are discriminatory, not taking into consideration things like venting and flaring practices by some producers, for instance.

“Any measure that unfairly targets the Canadian oilsands, when oil with the same or higher GHG emissions from other countries gets a free pass, is discriminatory,” Natural Resources Minister Greg Rickford said in a release after the vote.

“Our government will continue advocating for Canadian interests and Canadian jobs. We are encouraged the European Parliament relied on science and the facts in making this decision.”

Livingston noted that because there will likely be a two-year implementation phase-in period for individual EU states, the proposed directive won’t be fully in effect until at least 2017—and it is unclear what will happen in the post-2020 period.

As more data is collected about the relative greenhouse gas emissions from different sources of conventional and unconventional oil, Livingston said the EU may revisit its rules.

“The big victory here is they have the infrastructure in place to be able to strengthen and refine this regulation over time,” he said.

The EU’s fuel quality directive has been the subject of intense lobbying since early 2012, when it was proposed that Canadian bitumen be rated 22 per cent more carbon-intensive than conventional oil.

The Conservative government allocated $30 million last year to pay for two years of international advocacy and advertising on behalf of Canadian oil and gas producers and mining interests.

This fall, the first shiploads of Canadian bitumen began arriving in Europe—exports the industry and the Canadian government hope to accelerate with TransCanada Corp.’s proposed Energy East pipeline from Alberta to the Atlantic coast.