Jennifer Keesmaat, John Tory's biggest challenger in the upcoming municipal election, is denouncing her opponent as soft on Doug Ford 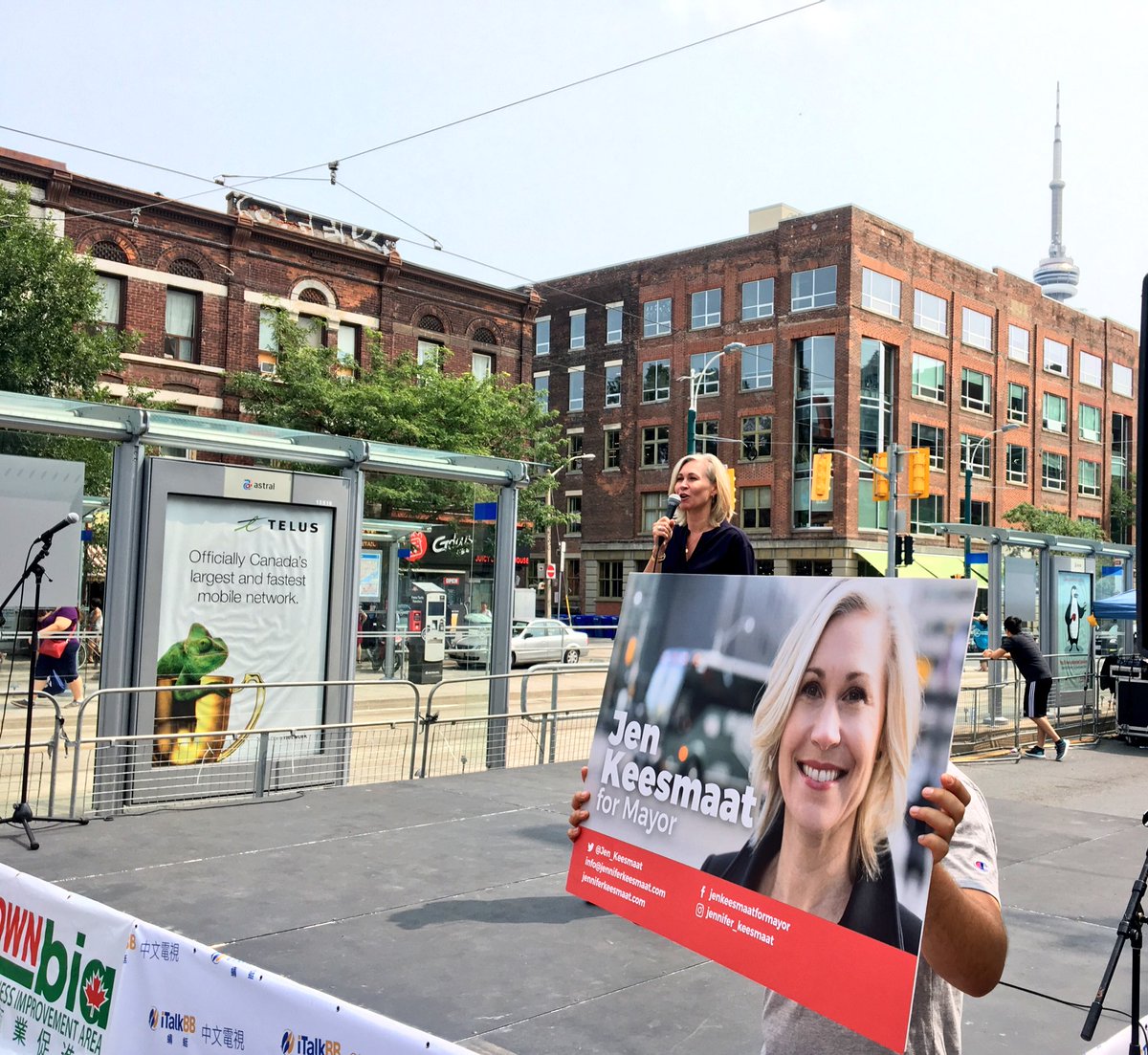 TORONTO—A professional urban planner considered a credible, if long-shot challenger to Toronto’s incumbent mayor in October’s municipal vote is set to hold her first campaign rally Thursday against a backdrop of unprecedented intervention in the city’s election politics by Ontario’s rookie premier.

In fact, says Jennifer Keesmaat, it was Premier Doug Ford’s unilateral decision to slash council in half even after the contest had begun that tipped her from contemplating a run for office to formally mounting a challenge to Mayor John Tory, who is seeking a second term.

“It’s a pretty dramatic thing to do in a supposedly modern sophisticated democracy to change the rules in the middle of the race,” Keesmaat says. “When I saw the tepid response of Mayor Tory, it became clear to me that we didn’t have a leader who was going to stand up for the city and that we needed strong leadership.”

Speaking with The Canadian Press this week at her central Toronto home, Keesmaat, 48, denounced Tory as weak. The mayor, the city’s former chief planner said, failed to come out swinging when Ford threw a figurative grenade into the ongoing campaign by slashing the city’s council from a planned 47 councillors to 25.

Had it been up to her, Keesmaat said, she would have pushed back hard—although it’s unclear what that would have achieved given Ford’s determination to push the change through.

“You sit down at the table and say, ‘Whoa! Hold on a minute! This is not going to work for Torontonians’,” Keesmaat said. “That’s what we do in a democracy. We don’t go, ‘Oh, well, the powers that be are going to do whatever they’re going to do.’ The minute we do that, we’ve got a dictatorship.”

Keesmaat, who has been described as an opportunist—a moniker she wears with some pride, said Tory was slow to denounce Ford’s action before floating the still-born idea of a referendum on the size of council. He then got behind a legal challenge that experts suggest has little chance of succeeding given the province’s constitutional powers.

Myer Siemiatycki, a professor of politics at Ryerson University, said Ford’s action reverberated far beyond Canada’s largest city because it could rewrite our understanding of provincial-municipal relations.

“I’m not sure there has ever been an election where the most fundamental ground rules of how the election will be contested have been turned upside down, in this instance, by a provincial government intervention,” Siemiatycki said. “The outcome of this could be a setting of limitations on the powers that not only Ontario but any province has over its municipalities.”

Toronto’s mayoralty campaign, he said, will turn on who can best portray themselves as the principled and effective defender of the interests of the city.

Keesmaat is clearly pitching herself in that direction. For the past few weeks, her home has functioned as her campaign headquarters. Shoes litter the entrance way as supporters plot platform and strategy. Her husband and son greet an incoming reporter.

Born in Hamilton, she has most recently been CEO of a national non-profit group that aims to build affordable rental housing—one of the city’s biggest challenges in her view. What she isn’t, or at least has not been, she says repeatedly, is a politician. Nor does she have any ambition to make politics a career.

“When people started referring to me as a politician, I recoiled because it never occurred to me,” Keesmaat said. “I’m not a politician. I don’t want to approach this in a typical way.”

Tory, 64, a married father of four and former corporate executive, emerged victorious in 2014 against Ford himself, then a one-term councillor. Ford entered the race late when his brother, then-mayor Rob Ford, withdrew because of the cancer that went on to kill him. Tory promised to return civility to the mayoral office after Rob Ford’s tumultuous tenure garnered international headlines given, among other things, his admission that he had smoked crack cocaine.

Keesmaat said Tory was elected because he was seen as a steady hand. She readily admitted he has been that, but said the game has now changed and more is needed.

“We need a strong voice, we need a vision for the city,” Keesmaat said. “It’s not just about keeping ourselves off late-night comedy shows internationally, which really is where we were four years ago. It’s about building transit, it’s about building housing, it’s about addressing public safety with a proactive plan that gets at the root causes of the gun violence and the gun crime we see in our city. We need to get things done.”

Keesmaat, who says the city needs more revenue but has yet to say how she would achieve that, often found herself at odds with the mayor and councillors during her tenure as the city’s chief planner from 2012 to 2017. While she frequently garnered praise for her views, others denounced her as a polarizing figure and some have branded her a stooge of the radical left.

“You just have to stiffen your spine,” she said.