The 27-kilometre-long natural gas pipeline will run parallel to an existing line owned and operated by Vancouver's Westcoast Energy Inc. 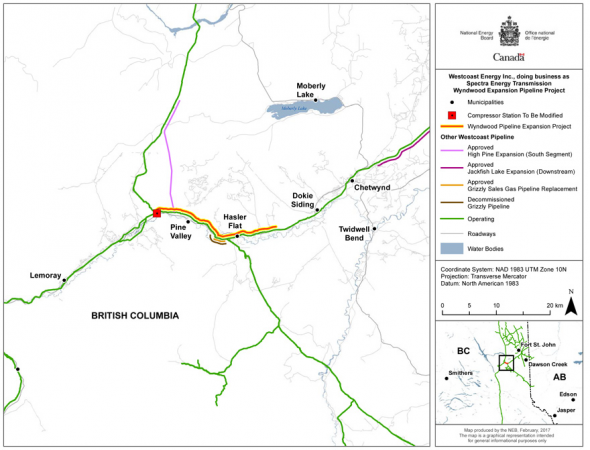 The NEB announced its decision in a letter, released August 10, and expects to issue detailed reasons on or before September 28.

32 conditions are attached to the NEB’s approval, including a number of conditions related to minimizing disturbances within caribou ranges and accelerating the restoration of caribou habitat.

Westcoast Energy submitted its application on October 21, 2016, followed by input from the public through oral hearings and written comments. After deliberation, the NEB decided that the project was in the public interest.

Because the project falls under section 58 of the National Energy Board Act—the pipeline is under 40 kilometres in length— the NEB is the final decision maker and Cabinet approval is not required.