State officials considered the measures necessary to keep the U.S. auto industry's home state ahead of the curve on rapidly advancing technology 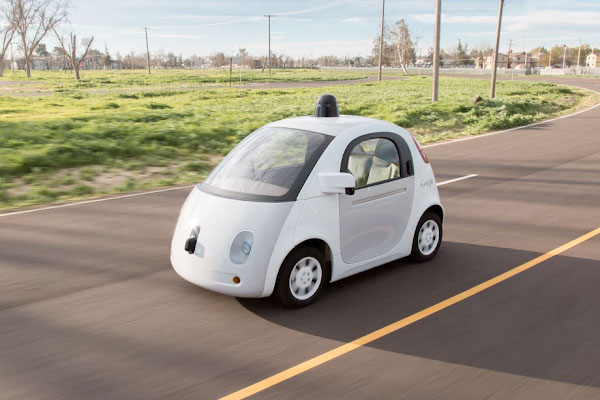 LANSING, Mich.—Michigan would no longer require that someone be inside a self-driving car while testing it on public roads under legislation passed unanimously Wednesday by the state Senate, where backers touted the measures as necessary to keep the U.S. auto industry’s home state ahead of the curve on rapidly advancing technology.

The expansive bills , which are on track for final legislative approval by year’s end and are supported by Republican Gov. Rick Snyder, would make Michigan a rare state to explicitly end a requirement that a researcher be present inside an autonomous test vehicle. The researcher would have to “promptly” take control of its movements remotely if necessary, or the vehicle would have to be able to stop or slow on its own.

Supporters said the human operator requirement is seen as an impediment that could put Michigan at risk of losing research and development to other states.

Other provisions would allow for public operation of driverless vehicles when they are sold, ease the “platooning” of autonomous commercial trucks travelling closely together at electronically co-ordinated speeds and help create a facility to test autonomous and wirelessly connected cars at highway speeds at the site of a defunct General Motors plant that once churned out World War II bombers. Also, auto manufacturers would be authorized to run networks of on-demand self-driving vehicles.

It is a nod to the carmakers’ increasing efforts to reinvent themselves as “mobility” companies. GM has invested in ride-hailing company Lyft; Toyota, which has technical centres in the Ann Arbor area, in Uber. Google, which is opening a self-driving tech development in the Detroit suburb of Novi, is partnering with Fiat Chrysler. Ford recently said it plans to offer autonomous vehicles to taxi companies or other shared-car services by 2021.

The lead sponsor of the legislation, Republican Sen. Mike Kowall of White Lake in suburban Detroit, said driverless car technology could be as big for Michigan as Henry Ford’s creation of the assembly line.

“We’re moving into the next century,” he said told senators, while contending that the technology could prove safer than human drivers. “With your assistance, we’re going to secure Michigan’s place … as the centre of the universe for autonomous vehicle studies, research, development and manufacturing.”

Michigan is among eight states with laws related to autonomous cars, while Arizona’s governor has issued an executive order, according to the National Conference of State Legislatures. Nevada was the first state to authorize self-driving vehicles in 2011, and California, Florida, Louisiana, North Dakota, Tennessee and Utah followed.

The federal government is developing recommendations for states to follow on autonomous driving. Those recommendations are expected to be released as soon as this month.

Florida this year eliminated a requirement that a human operator be present for testing purposes. Nevada requires at least one person in a test vehicle at all times but is exploring whether to modify its regulations in 2017, said Jude Hurin, an administrator with the Nevada Department of Motor Vehicles.

“We want to make sure that if one system fails, the vehicle has multiple redundant systems to operate the vehicle safely,” he said in an email.

Google, which is pushing to get cars without a steering wheel or pedals to consumers, has expressed frustration with California regulators’ cautious approach, including a proposal requiring that a licensed driver be ready to take over if a machine fails.

Consumer Watchdog, a California-based advocacy group that’s voiced safety and privacy concerns over autonomous vehicles, has criticized the Michigan legislation for not ensuring that a human driver can take control if something goes wrong.

Kelly Bartlett, senior policy and legislative adviser for the Michigan Department of Transportation, said the industry has reacted strongly to the California rules, which also would require an independent certifier verify a manufacturer’s safety assurances.

“There’s a lot of desire to have something that doesn’t go to that extreme,” he said. “We think that this is going to be the most comprehensive package without being really overblown like California.”