Premier Brian Pallister and his Progressive Conservative government are planning to impose a $25 per tonne carbon tax later this year. This falls short of the federally mandated $50 per tonne tax by 2022, and the disagreement could lead to a court battle 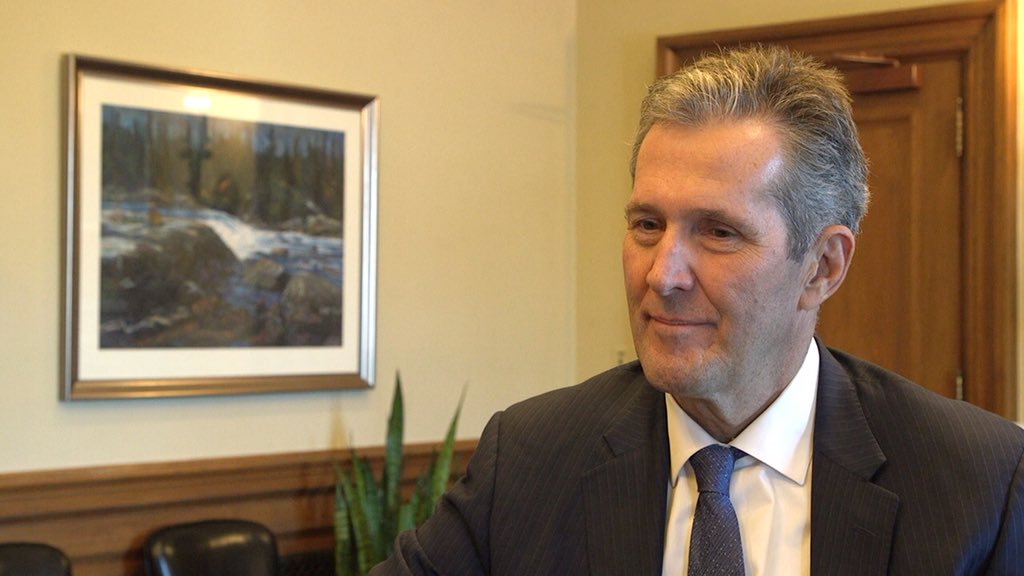 Pallister says his carbon tax plan is better than the federal scheme, and he is willing to fight for it in court. PHOTO: Brian Pallister/ Twitter

WINNIPEG—Manitoba is prepared to take the federal government to court if Ottawa imposes a higher carbon tax than the province is planning, Premier Brian Pallister said Friday.

“I have a simple message for Ottawa today—back off or we’ll see you in court,” Pallister said at the legislature.

The federal government has demanded all provinces adopt a carbon price this year of $10 per tonne, which would rise by $10 each year until it hits $50 in 2022.

Pallister is planning to impose a $25 per tonne carbon tax later this year and keep it there. Manitoba’s plan is better, he said, because it is a smaller hit to taxpayers.

The Trudeau government has long said it will step in and impose its price on any province that falls short of the national mark. The showdown, if the two governments stick to their plans, would occur in 2020 when the federal tax would rise to $30 per tonne

Pallister said the federal government should not be threatening a higher tax.

“Leaving this (threat) hang in Manitoba … with the small-business people around our province thinking that Ottawa is going to come in with some threat of a higher tax, that’s not good for Manitoba’s economy.”

Pallister said he believes the federal threat may be an empty one, based on legal advice about the division of powers between Ottawa and the provinces, but he said he is prepared to take Ottawa to court if it proceeds with its own tax.

A spokeswoman for Environment Minister Catherine McKenna didn’t answer questions about whether the federal government would impose a carbon tax over and above Manitoba’s in 2020.

“The federal price schedule is clear,” Caroline Theriault wrote in an email. “We’ve also been clear that we will assess each province and territory each year against the federal benchmark.

“Manitoba’s current approach puts them in very good shape this year and next.”

Pallister’s Progressive Conservatives are fighting a carbon tax battle on another front—inside the legislature. The Opposition New Democrats are planning to delay passage of the bill that would enact the tax for Sept. 1. The procedural move could delay implementation of the tax by three months.

That delay would cost the provincial treasury about $60 million in revenue. Pallister said Friday the government is looking to see whether there are ways to get around the NDP delay and pass the bill before September.