South Asia is the most dynamic part of the region, with growth expected at 6.6 per cent this year, down from the previous forecast of 6.9 per cent 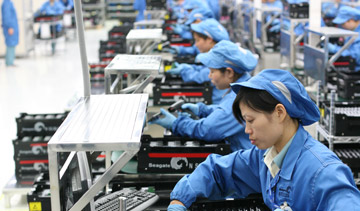 China’s economy leads Asia’s growth, but there are other important players in Southeast Asia

MANILA, Philippines—The Asian Development Bank on Dec. 13 trimmed its economic growth forecast this year for developing Asia to 5.6 per cent.

The revision was slightly below the previous projection of 5.7 per cent due to a slight slowdown in India, one of developing Asia’s biggest economies. Forecast growth for the entire region next year remains unchanged at 5.7 per cent.

East Asia as a whole is seen to expand by 5.8 per cent this year and 5.6 per cent in 2017 as growth stabilizes in line with earlier forecasts.

The report said growth in the major Southeast Asian economies in the third quarter met projections and even surpassed them in Malaysia and the Philippines. The sub-region is forecast to expand by 4.5 per cent in 2016, and picking up to 4.6 per cent in 2017.

ADB said the combined growth for the major industrial economies exceeded expectations, ticking up 0.1 percentage point to 1.5 per cent in 2016. The growth forecast for 2017 is maintained at 1.8 per cent, with robust consumer spending supporting the U.S. economy, and monetary policy and improved labour markets fueling growth in the euro area.

Japan’s expansion, meanwhile, will be buoyed by strong exports, despite a stronger currency, the report said.


Related Stories
Asia economic growth forecast to dip to 5.7 per cent over next two years
U.S. forecast to lead global growth in 2017, with Canada coming in second: IMF report
Ontario, B.C. to lead growth through 2017, says Conference Board report
Strong growth in manufacturing to buoy Southwestern Ontario economies in 2016