Hundreds of bridges, culverts not being inspected properly: Manitoba auditor

Citing recent bridge collapses in the U.S. and Canada, auditor general says the province must make changes to ensure safety 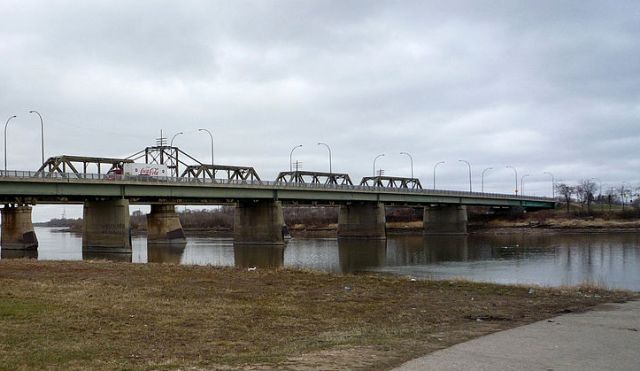 About 40 per cent of the 3,000 Manitoba bridges managed by the Manitoba Infrastructure Department are more than 50 years old. PHOTO: Bobak Ha’Eri, via Wikimedia Commons

WINNIPEG—Manitoba’s auditor general says hundreds of bridges and culverts across the province are not being inspected as frequently as required—if at all.

A report released July 21 by Norm Ricard blames staff shortages, inconsistent procedures and infrastructure that, much as in other jurisdictions, is aging rapidly.

“Recent high-profile bridge collapses in Canada and the United States have made bridge safety a priority,” Ricard wrote, pointing to a 2006 overpass collapse in Laval, Que., that killed five people.

“They have highlighted the importance of properly managing bridge infrastructure and the potential impacts when a bridge fails.”

In one Manitoba case, police investigating a fatal accident on a bridge noted a lack of railings. Government inspectors investigated and found the bridge was in such poor condition, it needed to be closed, Ricard said.

The Infrastructure Department manages about 3,000 bridges and large culverts on provincial roadways and water-control structures. About 40 per cent of the bridges are more than 50 years old.

Ricard found that required inspections were often behind schedule. A general “Level 1” visual inspection is supposed to be done each spring on all structures, but had only been done on half of those looked at by his team.

The report said a more-detailed Level 2 inspection, required every two to six years depending on factors such as a structure’s size and location, had been done one year late in some cases.

In some others, bridges and culverts were not being inspected at all because they were governed by departments other than Infrastructure.

“Department officials felt that they lacked the mandate to inspect structures governed by legislation administered by other government departments. However, the other departments were also not inspecting these structures, creating a potential safety risk.”

Infrastructure Minister Blaine Pedersen said he accepts the report’s findings and blamed the previous NDP government, which was ousted by the Progressive Conservatives in the April election.

The province will boost the number of inspections this fiscal year, Pedersen said, and they will include 920 Level 2s.

The department said it has faced challenges such as needing to divert efforts to emergency repairs following floods in 2009, 2011 and 2014. It has also been a challenge to maintain existing infrastructure, the department wrote in its official response, which was contained in Ricard’s report.

“Manitoba, in conjunction with most jurisdictions across North America, struggles with an aging transportation network that requires a significant infusion of funding to maintain the status quo service standard. The result is a backlog of preservation and replacement work required throughout the province.”