The Puna Geothermal Venture, owned by Nevada's Ormat Technologies, was shut down shortly after the Kilauea volcano began spewing lava on May 3. The plant provides roughly one-quarter of the Big Island's daily energy demand 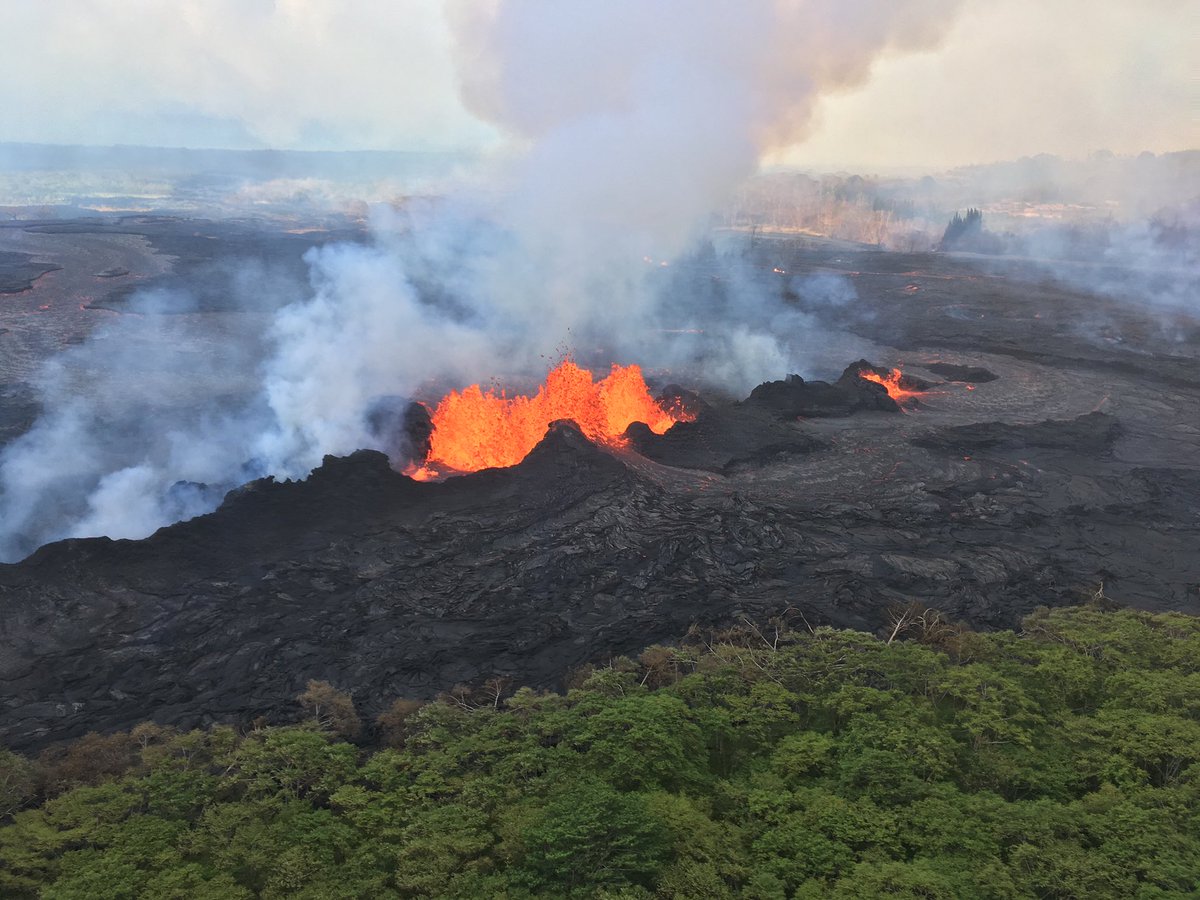 PAHOA, Hawaii.—Production wells at a geothermal plant under threat by lava flowing from Hawaii’s Kilauea volcano have been plugged to prevent toxic gases from seeping out.

Lava from a nearby, new volcanic vent entered, then stalled, on the 815-acre (330-hectare) property where the Puna Geothermal Venture wells occupy about 40 acres (16 hectares). Residents have been concerned about hazards if the lava flowed over the plant’s facilities, or if heat generated would interact with various chemicals used on-site.

Ten wells were “quenched” by cooling them with enough cold water to counter the pressure of volcanic steam coming from below, said Hawaii Gov. David Ige. The last well was plugged with mud, because it had remained hot despite the infusion of water. Metal plugs in the wells, which run as deep as 8,000 feet (2,438 metres) underground, are an additional stopgap measure.

“All wells are stable at this point,” said Ige. County officials are also monitoring various gases that may leak into the atmosphere.

A spike in gas levels could prompt a mass evacuation, said Hawaii County Civil Defence Administrator Talmadge Magno. Officials, however, have not discussed specific scenarios that would lead to such an emergency.

Puna Geothermal, owned by Nevada’s Ormat Technologies, was shut down shortly after Kilauea began spewing lava on May 3. The plant harnesses heat and steam from the earth’s core to spin turbines to generate power. A flammable gas called pentane is used as part of the process, though officials earlier this month removed 50,000 gallons (190,000 litres) of it from the plant to reduce the chance of explosions.

The plant has capacity to produce 38 megawatts of electricity, providing roughly one-quarter of the Big Island’s daily energy demand.

Lava destroyed a building near the plant late Monday, bringing the total number of structures overtaken in the past several weeks to nearly 50, including dozens of homes. The latest was a warehouse adjacent to the Puna plant, Hawaii County spokeswoman Janet Snyder told the Honolulu Star-Advertiser. The building was owned by the state and was used in geothermal research projects in the early days of the site.

Native Hawaiians have long expressed frustration with the plant since it came online in 1989; they say it is built on sacred land. Goddess of fire, Pele, is believed to live on Kilauea volcano, and the plant itself is thought to desecrate her name.

Other residents have voiced concerns over health and safety.

Scientists, however, say the conditions on Kilauea make it a good site for harnessing the earth for renewable energy.

“There’s heat beneath the ground if you dig deep enough everywhere,” said Laura Wisland, a senior analyst at the Union of Concerned Scientists. But in some places in the U.S. “it’s just hotter, and you can access the geothermal energy more easily.”

Ormat said in a May 15 statement that there was a low risk of surface lava making its way to the facility. The company also said there was no damage to the facilities above-ground and that it was continuing to assess the impact. The plant is expected to begin operating “as soon as it is safe to do so,” according to the statement.

Puna Geothermal represents about 4.5 per cent of Ormat’s worldwide generating capacity. Last year, the Hawaii plant generated about $11 million of net income for the company. Ormat is traded on the New York Stock Exchange, and shares have fallen nearly 10 per cent since Kilauea began erupting.

Kaleikini said the gases that could potentially leak from the Puna plant are no different from those coming from active fissures.

The U.S. Geological Survey said sulfur dioxide emissions from the volcano have more than doubled since the current eruption began. Kilauea’s summit is now belching 15,000 tons (13,607 metric tons) of the gas each day up from 6,000 tons (5443 metric tons) daily prior to the May 3 eruption.

Scientists say lava from Kilauea is causing explosions as it enters the ocean, which can look like fireworks. When lava hits the sea and cools, it breaks apart and sends fragments flying into the air, which could land on boats in the water, said U.S. Geological Survey scientist Wendy Stovall.

Underscoring the eruption’s dangers, a Hawaii man was hit by a flying piece of lava over the weekend said the molten rock nearly sheared his leg in half.

Darryl Clinton told the Honolulu television station KHON that he was on the roof of a home helping to put out fires from flying rocks when an explosion several hundred yards away launched a “lava bomb” that him above the ankle.

Clinton said doctors saved his leg, but he must avoid putting weight on it for six weeks.

Clinton was the first person to suffer a major injury because of the eruption.