Shake up would be a boon for Newfoundland shrimp fishermen, but officials in Nova Scotia have argued against eliminating the policy 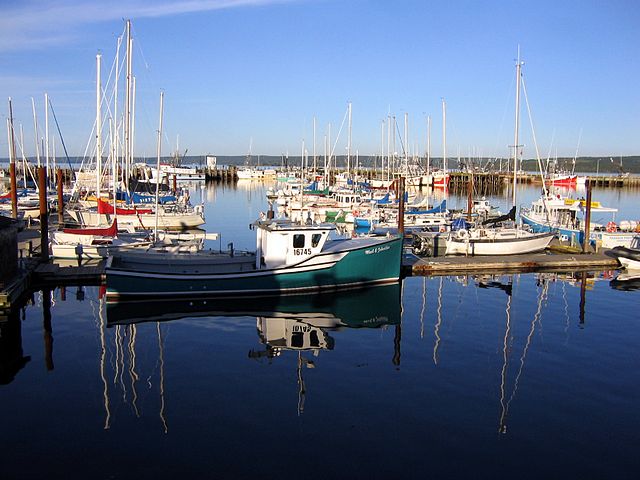 The last-in, first-out policy has been a persistent source of controversy between shrimp fishermen in Atlantic Canada. PHOTO: Aconcagua, via Wikimedia Commons

OTTAWA—The federal government has accepted a recommendation to scrap a contentious policy governing the lucrative northern shrimp fishery that has divided fisheries ministers in Nova Scotia and Newfoundland and Labrador.

In a report delivered to federal Fisheries Minister Dominic LeBlanc last week, a federal panel recommended eliminating the last-in, first-out (LIFO) policy and replacing it with a system of proportional sharing.

In a statement July 6, LeBlanc said proportional sharing is consistent with the approach used in most other Canadian fisheries, and means inshore and offshore fleets will continue to share in the benefits of the multi-million-dollar fishery.

“I have asked departmental officials to provide advice in the specific application of this way forward in keeping with our precautionary approach as well as the sustainability and long term conservation of the fishery given the declines in the stock,” said LeBlanc in the statement.

“This input will be received in the coming weeks and it will include consideration of community impacts and Indigenous commitments and obligations.”

But the inclusion of the so-called inshore fleet in 1997 came on the condition that the fishermen agree to something called the Last-In-First-Out (LIFO) rule, which stipulates that the last entrants to the fishery are the first to leave when the quota is cut.

Nova Scotia Fisheries Minister Keith Colwell has said scrapping the LIFO policy could spell disaster for Nova Scotia fishermen, who have invested heavily in the northern shrimp fishery based on the protections of the policy.

Colwell has said the 40-year-old industry is worth $131 million to his province and drastic changes to the rules would have a major impact on the Nova Scotia fleet.

But Newfoundland and Labrador Fisheries Minister Steve Crocker has said with stocks declining, there will be “no winners” in either province—and a sharing approach will be more fair.

“This policy should likely have never been there in the first place. It applies nowhere else in the Canadian fishing industry,” said Crocker in an interview last week. “A permanent sharing arrangement is how we share our fisheries.”

That province’s largest fishermen’s union—the Fish Food and Allied Workers (FFAW)—has argued against keeping the LIFO policy, saying there are 3,000 people in Newfoundland and Labrador who depend on the northern shrimp fishery for all or a great portion of their income.

Spokespeople for Colwell and Crocker both said Wednesday the ministers would respond to the decision once they’ve had a chance to review it—likely Thursday.