First ministers’ meeting likely to be most fractious, least productive for PM

With a list of up to eight items that provincial and territorial leaders consider priorities, there's no telling which issues are most pressing, said New Brunswick's Blaine Higgs 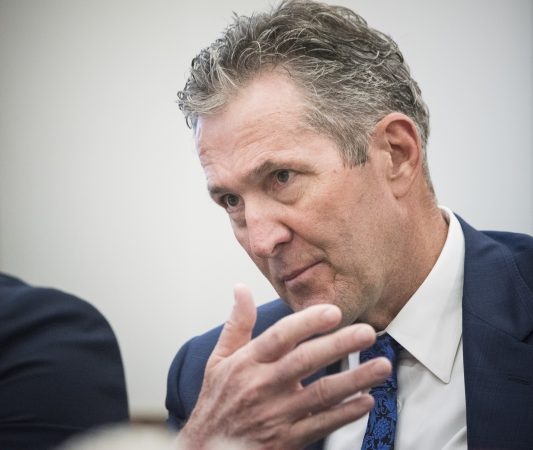 MONTREAL – Manitoba’s Brian Pallister is warning that nothing will be accomplished at today’s first ministers’ meeting if premiers insist on expanding the agenda to discuss a laundry list of issues.

“That’s the trick isn’t it? When you’ve got a few hours to discuss things and there are many things,” Pallister said on his way into a meeting of first ministers with Indigenous leaders preceding the main event.

“But if we have too many priorities, we won’t get anything done.”

Pallister’s warning may well turn out to be a prediction. Premiers have arrived for the meeting with a host of conflicting issues they want addressed and no clear agreement among themselves on which are the most pressing or what should be done about them.

New Brunswick’s Blaine Higgs, chair of the premiers, said he’s got a list of up to eight items that his fellow provincial and territorial leaders consider priorities that must be discussed.

“It could be a never-ending list I guess but there’s probably six or eight issues that we want to be sure to have discussion (on),” he said.

For Alberta Premier Rachel Notley, “the single most important economic issue facing the country” is the crisis in the oil and gas industry, caused by slumping prices linked to her province’s inability to get its resources to tidewater for shipment overseas.

“It is a huge contributor to our GDP, hundreds of thousands of jobs across the country,” she said on her way into the meeting with Indigenous leaders.

Quebec Premier Francois Legault sees the meeting as an opportunity to push his demand for federal compensation for the costs of dealing with the influx of asylum seekers who have used unofficial border crossings to enter the country from the U.S. He is asking for $300 million from the feds and said he raised the issue during a pre-meeting dinner with Trudeau on Thursday evening.

“There is an opening,” Legault said. “Yesterday, I had the opportunity to discuss it with Mr. Trudeau. As of now, they are offering about half of the total.”

But Pallister is one of the few premiers who wants to keep the focus on the issue that Trudeau had wanted to be the main item on the agenda: reducing interprovincial trade barriers.

“We need a unified commitment to eliminate trade barriers that are of our own creation,” Pallister said, calling it a “100-year area of neglect.”

“A fifth of our GDP depends upon internal trade and we’re charging each other about a seven per cent tariff on everything we ship to each other. So that’s ridiculous; it needs to be addressed.”

This is the fourth first ministers’ meeting Trudeau has hosted since becoming prime minister. It promises to be the most acrimonious and likely the least productive.

Gone are the days when he was surrounded by friendly provincial Liberal allies. Now, he’s facing a phalanx of conservative premiers who are putting up determined opposition to some of his signature policies, in particular his plan to impose a federal carbon tax next year.

And one of them – Ontario Premier Doug Ford – has vowed to ensure Trudeau’s Liberals are defeated in next fall’s federal election. Federal officials privately believe that will include efforts to derail today’s meeting, potentially even staging a dramatic walkout – a scenario Ford and his aides have not ruled out.

Ford’s team has been at the centre of complaints about Trudeau’s agenda and demands that it be expanded to include a host of provincial concerns.

In a preliminary meeting with Trudeau on Thursday, Ford listed the carbon tax as his top priority but said he also wants to talk about aluminum and steel tariffs, the oil price crisis, illegal border crossers, the impending closure of GM’s plant in Oshawa and internal trade barriers.

No other premier seems inclined to join Ford in threatening to walk out of the meeting.

“I’m optimistic that we’ll all see it through,” said Higgs. “Now, if that changes, I guess it would be maybe a sad day for Canada but I’m hopeful we won’t get there.”