Alleging "flagrant and deliberate violation" of the law, suit targets federal and Quebec governments, as well as Air Canada 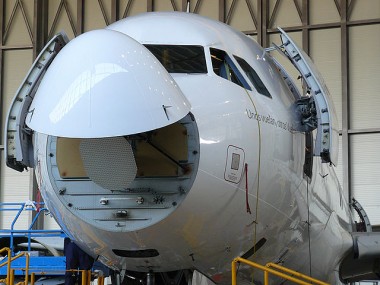 MONTREAL—A class-action lawsuit seeking up to $1 billion has been filed on behalf of former employees of shuttered aircraft maintenance company Aveos against Air Canada and the governments of Quebec and Canada.

The request for court certification was filed in Quebec Superior Court by lawyer Jean-Francois Bertrand on behalf of former employee Gilbert McMullen.

It alleges that the governments are responsible for harming former Aveos workers by their “flagrant and deliberate violation” of the federal law governing Air Canada.

After the closure of Aveos Fleet Performance in 2012—which had 2,600 employees, including 1,800 in Montreal—McMullen was unable to find work for a year and a half, according to the statement of claim. It says he had to borrow money to support his family and was later hired by AJ Walter Technique in 2013 at lower wages.

The claim is seeking compensation for lost income excluding benefits, along with punitive and non-punitive damages.

Under the 1988 Air Canada Public Participation Act that permitted the airline’s privatization, Air Canada was required to perform heavy maintenance on its fleet in Montreal, Winnipeg and Mississauga, Ont.

The 38-page document blamed the Quebec government for preparing to withdraw a lawsuit it successfully launched against Air Canada after reaching a “secret agreement” with the company in exchange for its promise to purchase up to 75 Bombardier CSeries aircraft.

The province won an original court decision in 2013 and a Quebec Court of Appeal ruling last November that the airline had breached its legal obligations. An appeal was slated to be heard by the Supreme Court but the province says it will suspend the suit once the CSeries order is firmed up.

As part of the agreement, Air Canada is required to do maintenance on these planes in Quebec for at least 20 years starting in 2019. However, work could continue to be done on the rest of its fleet elsewhere in Canada and in places like Hong Kong, Singapore and Israel.

The lawsuit accused the province of having “promoted its interests” to justify its US$1-billion investment in the CSeries program.

It also claims the federal government, by proposing to alter the law governing the airline, has endorsed Air Canada’s attitude.

A spokesman for the minister said the government can’t comment because the lawsuit is before the courts. Quebec officials couldn’t be reached for comment.

Spokeswoman Isabelle Arthur noted that the airline has reached agreements with the governments of Quebec and Manitoba to conduct maintenance in those provinces, while Ottawa has tabled a bill modernizing the Air Canada Public Participation Act enacted 30 years ago.