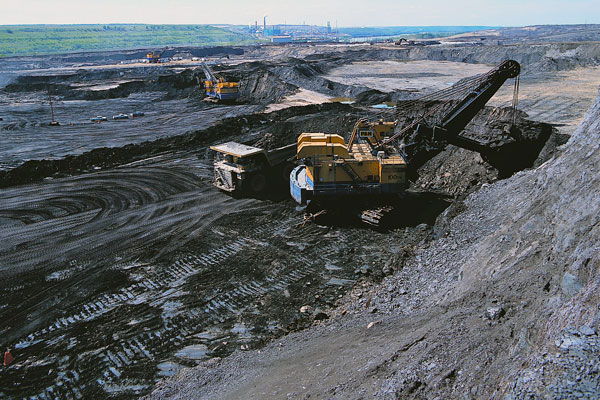 OTTAWA—Like a movie monster from the black bog, a European Union (EU) directive that would stigmatize “dirty” imports of Canadian bitumen refuses to die.

The vote of the full plenary was prompted earlier this month when the European Parliament’s environment committee flatly rejected a deal worked out after more than two years of lobbying by Canada.

Briefing documents obtained by Ottawa reporter Mike DeSouza show the Conservative government set aside $30 million in 2013 to be spent over two years on an “international stakeholder and outreach campaign to protect market access for Canadian energy and mining resources.”

“He reiterated Canada’s position that any measure that provides separate, more onerous treatment for oilsands crude relative to other crude with similar or higher (greenhouse gas) emission intensities is discriminatory and adverse to the FQD’s intent,” Chris McCluskey, Rickford’s spokesperson, said in a release.

The EU’s fuel quality directive, or FQD, has been the subject of intense lobbying since early 2012, when it was proposed that Canadian bitumen be rated 22 per cent more carbon-intensive than conventional oil.

“EU legislation requires a reduction of the greenhouse gas intensity of the fuels used in vehicles by six per cent by 2020,” using 2010 as a baseline, says the European Commission website.

“The greenhouse gas intensity of fuels is calculated on a life-cycle basis, meaning that the emissions from the extraction, processing and distribution of fuels are included.”

Draft legislation was released this fall that would require refiners to report the average emissions value of feedstock oil, without singling out any single source.

Environmentalists called it a sellout but the news drew triumphant headlines in Canada lauding the government’s diplomacy.

But for those paying attention, there were clear signs the fight was not over.

“The commission is today giving this another push to try and ensure that in the future there will be a methodology and thus an incentive to choose less-polluting fuels over more polluting ones like, for example, oilsands,” Connie Hedegaard, the EU climate commissioner, said in a statement Oct. 7 as the draft bill was made public.

On Dec. 3, the European Parliament’s environment committee pushed back hard, voting to reject the new fuel-quality rules and send them back to the European Commission for re-negotiation.

“Especially now that we are negotiating a global deal on climate change, it sends completely the wrong signal,” Gerben-Jan Gerbrandy, a Dutch member of the committee, said in a statement.

The committee’s decision will be confirmed or rejected by a vote of the full European Parliament.

The preamble to the vote states the current FQD draft proposal “has the worst environmental performance due to the fact that it encourages greater consumption of unconventional energy sources in the final EU fuel mix.”

And it makes clear that the current directive will lead to a big increase in Canadian oilsands imports.

An EU impact assessment, the preamble says, found that “in certain member states where significant investments are being made by refineries to be able to process heavier crudes, the share of unconventional oil could increase very rapidly.”

And it also suggests that Canada is making “recent changes in infrastructure and the oil market that are enhancing the ability of Canadian tarsands crude to reach ocean ports for global exports.”

As a result, the European Parliament is asked to vote to oppose the draft directive and order the European Commission to submit a new one based on the original concept of identifying and classifying crude feedstocks by type.

No one in the European Commission, Canadian government or the oil industry would handicap the vote, however one source did note that another EU committee—the Competitiveness Committee—agreed the draft directive should be sent as-is to the European Parliament.