Despite having capable vehicles, hurdles lay ahead if Canadian consumers are going to see alternative fuel infrastructure 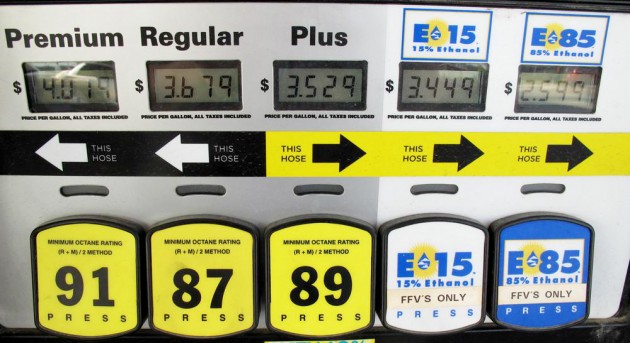 TORONTO—For advocates of Canada’s biofuel industry, availability of ethanol at the pump is a discouraging statistic.

In the United States, there are more than 3,000 fueling stations that meet the E85 ethanol standard, but in Canada, a country with some 3.6 million vehicles capable of fueling with fuel made of as much as 85 per cent ethanol, there are about as many fueling stations across the country as there are fingers on your hand.

Even if E85 fueling infrastructure was available, many Canadians aren’t even aware that they may own what vehicle manufacturers have dubbed a Flex-Fuel vehicle, identified by its yellow gas cap.
If they were to ever take advantage of the feature, these vehicles could handle highly-oxygenated ethanol that can produce about three to four per cent fewer greenhouse gas (GHG) emissions than gasoline.

Despite having capable vehicles, real hurdles lay ahead if Canadian consumers are ever going to see alternative fuel infrastructure, benefit from the automotive technology paid for, and be able to confidently move away from finite fossil fuels. 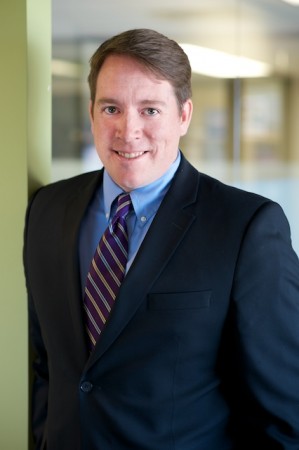 “I can assure you that the greatest single obstacle to pursuing a renewable fuels mandate in any country, any province, any jurisdiction, is the market it seeks to displace,” says W. Scott Thurlow, president of the Canadian Renewable Fuels Association (CRFA), who recently spoke about the state of the biofuels industry to stakeholders in Toronto.

Canada has just 23 ethanol plants, compared to more than 200 in the U.S. Most of Canada’s plants are located in Ontario and Quebec along the U.S. border. Despite these plants, which offer total ethanol capacity of about 1.6 billion litres per year, according to Thurlow, Canada is often the top export country for U.S.-produced corn ethanol. In 2011, for example, U.S. ethanol exports increased 150 per cent, accounting for about 1.1 billion litres of the colourless liquid—the same one that’s been used in alcoholic beverages since ancient times.

Canadian ethanol producers, such as those who produce wheat ethanol in Western Canada, appear to me missing out. But why? Many experts believe it has to do with the strong U.S. investment in its ethanol market, which has left Canadian businesses on an uneven playing field. The U.S. experimented with taxing ethanol imports and hugely subsidizing the corn ethanol industry to the tune of 45 cents per gallon.

At about $2.23 per gallon, ethanol is more than a dollar less per gallon than regular unleaded gasoline. By early 2015, industry experts predict that the underlying commodity cost in E85 will be roughly 69 per cent of the cost of regular unleaded.

For Canadian ethanol production companies like IGPC Ethanol Inc., now is the time for government to help expand the country’s ethanol sector. Company CEO Jim Grey wrote to Parliament in August 2014 to point out that North American automakers will soon be mandated to improve fuel economy, with vehicles in Canada required to more than double fuel efficiency to the equivalent of 54 miles per gallon (mpg) by 2025.

In Grey’s letter to the parliamentary finance committee, he wrote, “Consumers need access to the same fuels used for vehicle testing in order to take advantage of the new advents in technology required by the regulations. If not, consumers will simply be forced to pay additional costs for technology that is predicated on fuels that are not available to them. The ultimate result being higher cost vehicles with no discernible environmental benefits.”

Government-imposed ethanol mandates across Canada average about five per cent. That means pump owners are required to mix in that amount of ethanol with standard gasoline. In fact, many industry experts believe that gas companies are going above and beyond the mandatory minimum in order to help their own bottom line. That’s why Thurlow says Canada needs to raise its minimum ethanol blend to at least 10 per cent.

In its marketing, the CRFA says it wants to encourage “existing pump turnover” and “new market entrants” by providing tax incentives to anyone who wants to offer consumers higher ethanol blends.
The association says ethanol expansion would be a boon for rural Canada’s economy and job creation in general.

While some major oil and gas companies are investing in renewable fuels research, Thurlow says he doesn’t believe for a minute that these companies want change in Canada.

“It’s even worse in the United States, where every year they fight tooth and nail over every litre of inclusion,” he said. “We need to do our best to avoid this here in Canada.”

The U.S. Environmental Protection Agency (EPA) caps the volume of ethanol in a gallon of gasoline for use by conventional vehicles at 10 per cent.

In late 2013, the EPA proposed to slash blended ethanol minimums at the pumps. The proposal was about 20 per cent less than the original 2014 target of 18.15 billion gallons.

Still, in 2013, U.S. E85 sales increased more than 30 per cent as it became more widely available, according to a CRFA survey.

Critics of ethanol expansion warn that older cars are at risk if ethanol volumes continue to rise. Other critics argue that ethanol has inferior fuel mileage, getting about 25- to 30 per cent fewer MPG than gasoline. Others still question ethanol’s environmental footprint, which often doesn’t take into account emissions from the transportation of the crops and the conversion into fuel.

Some Canadian provinces still have ethanol subsidies, but they’re disappearing one by one.

Ethanol also has a blending octane rating of 113, ideal for fueling high performance vehicles. It can give an engine a 20 per cent boost in horsepower.

In other parts of the world, ethanol is produced from crops like sweet sorghum and sugarcane.

For information about a December 2014 biofuels conference in Toronto, click here.


Related Stories
Biofuel leaders and EPA clash over the future of fuel blending, ethanol
U.S. EPA delaying decision to reduce amount of ethanol in fuel
Ethanol is key to a low-carbon future, says Conference Board
In boon for farmers, Trump to lift restrictions on ethanol