The Tory leader defended his party's decision to quietly release a compilation of campaign promises without saying how they'd be paid for. Some economists said the plan leaves many questions unanswered 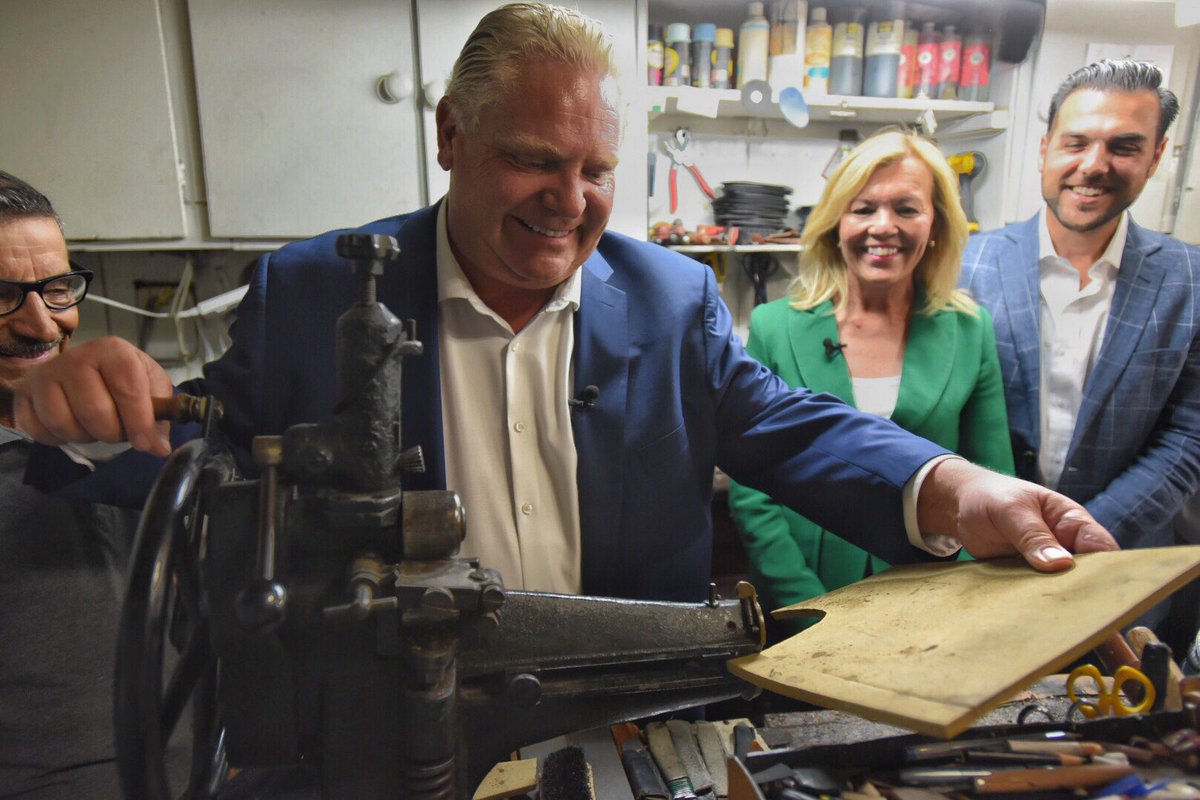 Speaking in London, Ont., a week before the provincial election, the Tory leader defended his party’s decision to quietly release a compilation of campaign promises without saying how they’d be paid for.

Ford has promised to hire an auditing firm and find billions of dollars in “efficiencies” if elected premier, but the Tory plan doesn’t indicate what those would be.

He also said a Tory government would run deficits for the first two or three years, but the plan doesn’t spell out the size of those deficits or a path to balance.

Some economists said the plan leaves many questions unanswered, particularly when it comes to tackling the province’s deficit, which the governing Liberals have projected to be $6.7-billion in 2018-2019.

“The only source of savings in this is this four per cent across-the-board spending cut, which delivers $6 billion a year,” said Drummond, who was previously appointed by the Liberals to examine government spending. “I think that itself is highly dubious, but let’s just assume that that’s in place. These spending initiatives far exceed $6 billion.”

Drummond said there is no doubt in his mind that the Tory plan would lead to a larger deficit than the Liberals or the New Democrats, who project a deficit of $4.7 billion in 2018-2019.

“So the net impact of this plan—I won’t call it a platform—is actually to increase whatever the underlying deficit is,” he said. “The other ones, like them or not—and there’s lots of things not to like about them—at least you’ve got a pretty good idea of what they’re proposing to do. This one you don’t.”

Kevin Page, a former federal government budget officer and now president of the Institute of Fiscal Studies and Democracy in Ottawa, said that while none of the parties has presented fiscally prudent plans, the Tories at least had a transparent platform under their previous leader, Patrick Brown.

Ford, Page said, doesn’t appear to have a good grasp of what a costed platform is.

“The platform they released in the fall, you’d have to give it pretty good marks for transparency and the work that they did on costing. You can’t do that with what we (see) on the website,” he said.

“There’s no way anyone can add up the numbers that are just line by line throughout the various policy envelopes and get anything that suggests they can get back to balance over the next three to five years.”

The Liberals and NDP have also warned that Ford’s “efficiencies” would really mean deep cuts to public services such as health care and education.

“He is not showing people what his intentions are in terms of his cuts and folks, they deserve better than that,” said NDP Leader Andrea Horwath, whose party is competing with the Tories for the lead in recent polls.

Liberal Premier Kathleen Wynne pushed back against Ford’s assertion that the state of the province’s finances isn’t known, saying her government was the one to bring in legislation requiring a financial report before each election.

“It is crystal clear what the state of the books is,” she said.

“I believe that the reason Doug Ford doesn’t want to release a fully costed platform is that if you add up the promises that he’s made both in reducing taxes and the things he’s going to do, there’s a $40 billion hole over three years and he has no idea how he’s going to fill that hole.”

The Ontario Nurses’ Association also called on Ford to spell out where he would trim government spending, raising concerns about billions in cuts to health care. The union represents tens of thousands of registered nurses, health-care workers and nursing student affiliates.

Ford has consistently said he could find those savings without laying off a single person—a message he repeated Thursday.

—with files from Colin Perkel and Janice Dickson.