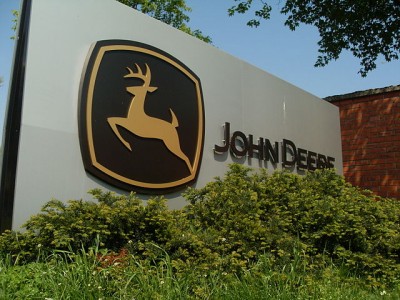 The DOJ said Deere and Precision Planting would account for 86 per cent of the planting market. PHOTO: Radosław Drożdżewski, via Wikimedia Commons

The two companies announced the planned tie-up last November, but will now have to prove the acquisition of Precision Planting LLC will not stifle competition.

The DOJ announced its intention to halt the accord Aug. 31, saying it would hinder competition.

“If this deal were allowed to proceed, Deere would dominate the market for high-speed precision planting systems and be able to raise prices and slow innovation at the expense of American farmers who rely on these systems,” Renata Hesse, Acting Assistant Attorney General, said.

Meanwhile, Deere and Monsanto said the DOJ allegations about the deal are “misguided” and the companies plan to defend the agreement “vigorously.”

“Competition in precision agriculture is strong and growing in all of these channels as companies around the world continue developing new technologies,” the firms said in a joint statement. “The acquisition will enable broader access to these advancements by ensuring farmers the choice to either buy new machinery or retrofit older planting equipment with the latest new innovations.”