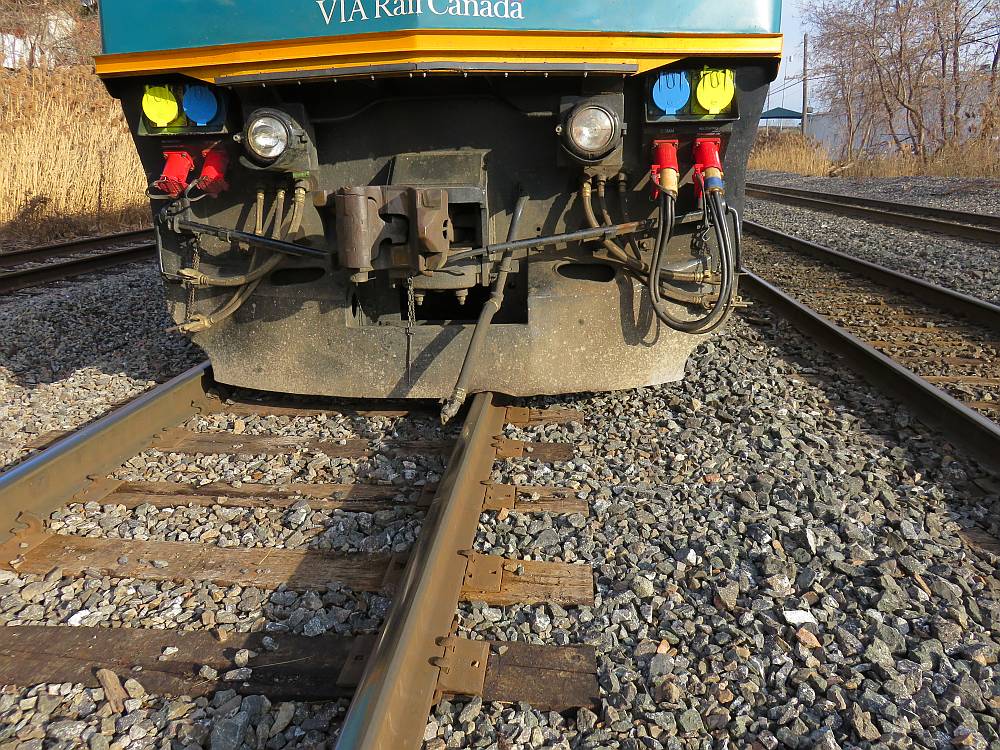 An image taken at the site of the December 2015 Via train derailment in Montreal. PHOTO: Transportation Safety Board of Canada

DORVAL, Que.—A 2015 train derailment in Montreal was caused by a miscommunication between the train’s crew and a foreman.

The Transportation Safety Board of Canada (TSB) released its investigation report Feb. 27 into the December 2015 derailment of a Via Rail passenger train in Montreal.

The report highlights the risk of serious train collisions or derailments if railway signals are not consistently recognized and followed.

On Dec. 11 2015, VIA Rail passenger train No. 605 left Central Station in Montreal with 14 passengers on board. The train was travelling west on the north track when, at the Turcot-Ouest interchange, it derailed after negotiating a crossover at 55 mph—where the signal called for a speed of 15 mph.

One of the train cars and 1600 feet of track sustained minor damage, and an on-board service employee suffered minor injuries.

The investigation determined the following:

The train passed the crossover at such a high speed because the train crew were led to believe that after passing through the interchange they would continue on the north track unimpeded. Instead, the train was redirected onto a freight track where it encountered the low-speed crossing.

At the time, the train was operating under a foreman’s instructions, which were limited to the south and north tracks and did not include the adjacent freight track. Those instructions, as well as the train’s regular routing, led the confusion and the derailment.

A number of TSB investigations have cited train signal misinterpretation or misperception as a cause or contributing factor in accidents.

TSB says that if other physical defence methods for controlling trains in signalled territory are not in place, the risks of collision and derailment are increased when signal indications are not correctly recognized or followed.