Killed by Obama and revived by Trump, state regulators plan to approve or deny the US$8 billion pipeline route through Nebraska today. But the decision may prove more nuanced than a simple yes or no 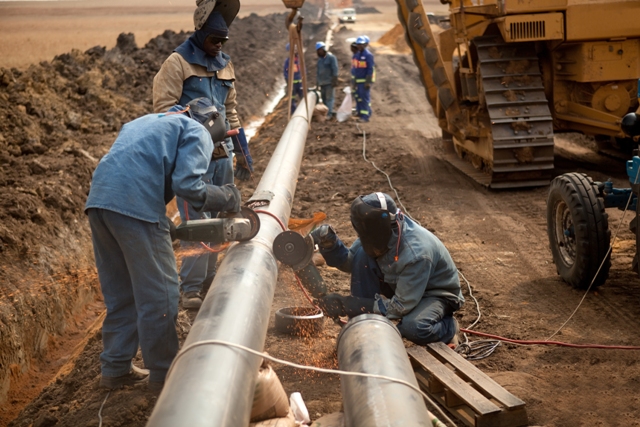 The long-delayed pipeline was revived by President Trump this year. It would stretch 1,179-miles between Alberta and Nebraska

The Nebraska Public Service Commission’s ruling is on the Nebraska route TransCanada has proposed to complete the $8 billion, 1,179-mile (1,897-kilometre) pipeline to deliver oil from Alberta, Canada, to Texas Gulf Coast refineries. The proposed Keystone XL route would cross parts of Montana, South Dakota and most of Nebraska to Steele City, Nebraska.

A vote in favour of the company’s proposed route through Nebraska would give a boost to the long-delayed project, which was rejected by President Barack Obama in 2015, citing concerns about carbon pollution. President Donald Trump revived it in March, approving a permit.

The project has faced a barrage of criticism from environmental activists and some landowners for nearly a decade. A ruling against the company would cast renewed doubt on the proposal and could lead to another drawn-out legal fight.

Here are some things to know about the decision:

WHAT OPTIONS DOES THE COMMISSION HAVE?

The five-member Nebraska Public Service Commission is forbidden by law from factoring pipeline safety or the risk of spills into its decision because pipeline safety is a federal responsibility. So, it will not take into account a spill of 210,000 gallons (790,000 litres) of oil on the existing Keystone pipeline in South Dakota announced on Thursday.

The proposed Keystone XL would expand the existing Keystone pipeline, which went into service in July 2010. The current pipeline network runs south through North Dakota, South Dakota, Nebraska, Kansas, Oklahoma and Texas and extends east into Missouri and Illinois.

The simplest choice is a yes-or-no vote on TransCanada’s “preferred route” through a dozen Nebraska counties. But the commission could include major caveats that would add years to the project’s timetable.

Commissioners could tweak TransCanada’s proposed route, or pick one of the company’s “alternative” routes. Company officials have said their preferred route causes the least amount of disruption.

If the commission denies the request outright, state law gives TransCanada a 60-day window to revise and resubmit its proposal for another review.

“It’s not as simple as a ‘guilty’ or ‘not guilty’ verdict,” said Brian Jorde, an attorney for Nebraska landowners who are fighting the project.

No matter what the commission decides, any group that presented arguments at an August hearing could appeal the decision to a state district court. The case would likely end up before the Nebraska Supreme Court.

WHAT HAPPENS AFTER THE DECISION?

The commission’s vote could play a pivotal role in whether TransCanada moves ahead with the pipeline. After years of lobbying for the project, TransCanada acknowledged in a July conference call that executives won’t decide until late November or early December whether to begin construction.

“We’re going through the process with every intention to get this project built,” John said. “But there are factors that we need to work out prior to making that decision,” including regulatory approval in Nebraska.

John said the company also needs to finalize its contracts with shippers that want to use the pipeline.

TransCanada has been working to line up long-term contracts for the pipeline, which can carry an estimated 830,000 barrels a day. The company has not announced the results of its open season bidding process, which ended Oct. 26.

WILL THERE BE PROTESTS IF THE COMMISSION APPROVES THE PIPELINE?

Opponents in August vowed to stage mass protests against the pipeline if Nebraska regulators approve it, but say they will exhaust legal options first.

Pipeline opponents have lined parts of the proposed route with obstacles, including trees, solar panels, sacred corn from the Ponca Tribe of Nebraska and a barn powered by renewable energy. Some opponents may try to physically block construction and have likened their resistance to the activists who protested the Dakota Access Pipeline in Standing Rock, North Dakota.

Despite low oil prices and repeated delays, TransCanada has a strong financial incentive to keep pursuing the pipeline, said Zachary Rogers, a Houston-based analyst for Wood Mackenzie, an energy research and consulting firm.

Rogers said Western Canadian producers have been forced to ship their product by train, which is more expensive than a pipeline, and Keystone XL would reduce costs and improve their bottom line.

At the same time, Texas refineries face uncertainty because of political instability in Venezuela, one of their top oil sources, and a slowdown in Mexican production.

“Western Canada has been held captive by geography and hasn’t been able to cheaply access the markets,” Rogers said. “Any opportunity for them to get better access will buoy their margins.”