The company says it made "unacceptable" deals with groups in Syria to allow a local manufacturing plant to stay open during the civil war; French NGO Sherpa accused the company of cutting a deal with the Islamic State last year 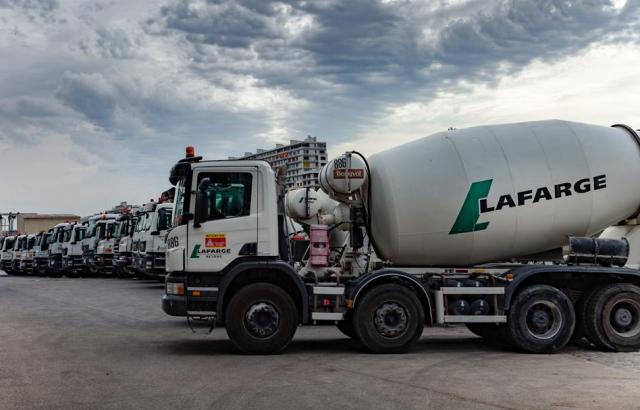 The cement company stopped operations at its Syria plant in September 2014, but admits it made deals with armed groups to keep the plant running prior to that. PHOTO: Guillaume Louyot Onickz Artworks/Shutterstock

PARIS—Cement group LafargeHolcim admitted March 2 that its business in northern Syria had struck “unacceptable” deals with armed groups, providing funds in order to allow its local activities to continue.

The group said in a statement that an internal investigation has established Lafarge’s local branch in Syria provided funds to armed groups via middlemen in 2013 and 2014 to guarantee safe passage for company employees and supply the plant it operated.

LafargeHolcim said “in hindsight, the measures taken in order to continue the plant’s activity were unacceptable.”

“At the time, various armed groups controlled or sought to take control areas around the plant,” LafargeHolcim said. “It appears from the investigation that the local subsidiary provided funds to third parties to secure arrangements with a number of these armed groups, including third parties targeted by sanctions.”

Sherpa claimed Lafarge and its local subsidiary made “arrangements” with IS to obtain passes buffered by the jihadist group and to buy oil and other raw materials needed to produce cement in IS-controlled areas of Syria. At the time, Lafarge denied “financing so-called terrorist groups.

LafargeHolcim said its investigation could not establish “with certainty” which groups ultimately received the funds.

The group insisted the deals were made as “the deterioration of the political situation in Syria posed very difficult challenges for the security and operations of the plant and its employees.”