Environmentalists lauded the moratorium, but the oil and gas association says Ottawa has not provided any "science-based" justification for the ban 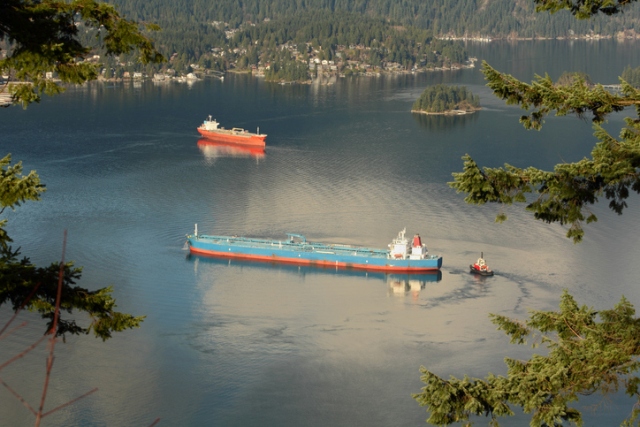 The bill would block tankers from stopping anywhere between Vancouver Island and the B.C.-Alaska border. PHOTO: Getty Images/Maxvis

OTTAWA—New legislation will put waters off the northern coast of British Columbia off limits to most oil tankers.

Tabled in the House of Commons late last week, the Liberal government bill fulfills one of Prime Minister Justin Trudeau’s election pledges and would ban oil tankers carrying crude and persistent oils from visiting ports anywhere between Vancouver Island and the B.C.-Alaska border.

The government has said the ban will improve marine safety and protect the environment along B.C.’s northern coast.

The moratorium would bar large tankers, but exempt ships carrying less than 12,500 metric tonnes of oil to ensure northern communities can continue to receive shipments of necessary fuels.

While environmentalists have lauded the ban, the Canadian Association of Petroleum Producers (CAPP) criticized the move May 15, calling it “not needed” and warning it could impair Canadian oil and gas from reaching international markets.

CLICK TO ENLARGE | A map of the moratorium zone. PHOTO: Government of Canada

“Market access continues to be a significant challenge for Canada’s energy industry and the Government of Canada’s decision to introduce a moratorium on crude oil tankers off the B.C. North Coast further limits our ability to reach customers in Asia,” Tim McMillan, the organization’s president and CEO, said in a statement.

“Canada already has world-class marine tanker safety systems in place, further strengthened by the federal government’s Oceans Protection Plan,” he said, adding that the government has not provided the industry with “science‐based gaps in safety or environmental protection that justifies a moratorium.”

One indigenous resource development group behind an energy corridor proposal in B.C. and Alberta also criticized the bill.

Eagle Spirit Energy group accused the government of imposing a blanket ban against the wishes and interests of First Nations. It said the government has no business telling it what it can do in its territories and that the decision to enact legislation will harm indigenous economic development.

—With files from Mia Robson, The Canadian Press