Canadians want GMO labels but are unsure what GMOs are, says Angus Reid

While consumers are concerned about genetically modified food, they are generally unsure of the precise definition of GMOs. A recent report from Health Canada concluded that Canadians' views of GMOs were shaped by “confusion, misinformation and generally low awareness/understanding" 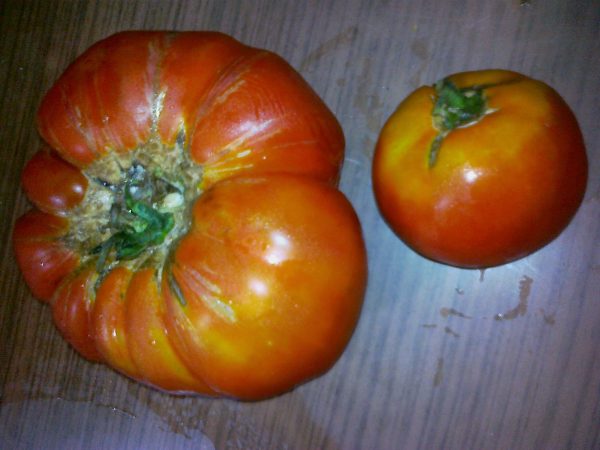 As public debate rages over the safety of genetically modified food and consumers wrestle with whether its worth paying extra for organic, a poll by the Angus Reid Institute suggests that there is some general confusion over what GMOs actually are. PHOTO: Делфинаm, via Wikimedia Commons

However, the same study found a lack of understanding of what genetically modified organisms actually are or how they are produced.

A genetically modified food, according to Health Canada, “is one derived from an organism that has had some of its heritable traits changed.”

Last year, the agency issued its first approval of a genetically modified food animal—a salmon that grows twice as fast as a typical farmed Atlantic salmon because of genes from other fish species that have been added to its genome.

The AquAdvantage salmon, as it has been branded, is an example of a process called recombinant DNA—taking the gene for a desired trait from one species and introducing it into another.

There are two other processes of genetic modification that meet Health Canada’s definition, selectively breeding animals of the same species to emphasize a desired trait, and mutagenesis—using chemicals or radiation to alter an organism’s DNA to develop a desired trait.

To test Canadians’ understanding of GMOs, Angus Reid provided only a basic definition, then asked respondents to identify which of the three techniques qualify as genetic modification.

Fewer than half correctly chose crossbreeding (40 per cent) or mutagenesis (46 per cent), while 62 per cent were able to successfully identify recombinant DNA as a GMO-producing process.

When respondents were asked to assess their knowledge of GMOs, 60 per cent said they “know a little bit about them,” while only 16 per cent said they are “very familiar with GMOS.” The rest (24 per cent), admitted they have, at most, only heard of them.

Angus Reid says these findings reflect a recent report commissioned by Health Canada which concluded Canadians’ views of GMOs were “not that well formed,” and shaped in part by “confusion, misinformation and generally low awareness/understanding.”

Having learned that all three techniques produce GMOs, respondents were then asked which types of GMOs they believe should be subject to mandatory labeling. 17 per cent said “none of them,” and the rest (83 per cent) choose at least one of the three.

Fewer than 38 per cent of respondents would require traditionally crossbred crops and animals to be labeled as GMOs, while significantly larger totals—approaching two-in-three in each case—would require labeling for foods derived from mutagenesis and recombinant DNA techniques.

The study found that the desire for mandatory labeling was consistent across demographic groups and political affiliations.

Angus Reid says that although most Canadians would like to see mandatory labeling of at least some types of GMOs and tend to express some skepticism about the safety of such products, these concerns are generally not at the top of their minds when they go to the grocery store.

Asked to name the three most important considerations they have when food shopping, 72 per cent choose affordability. No other factor was mentioned by more than 40 per cent of respondents, and GMOs were named by only 19 per cent, lagging well behind concerns such as flavour, nutrition and brand recognition.

Even among GMO skeptics, the study found affordability is a much greater concern than anything else.

Asked a slightly different question aimed at removing affordability and aesthetic considerations from the equation, respondents expressed a higher degree of concern about GMOs, but it still wasn’t a top priority. 30 per cent said GMOs are one of the things they are most concerned about in their food, which puts GMO-worries below qualms about hormones and antibiotics, pesticides and overly processed foods.

When it comes the inherent safety of genetically modified foods, it appears the public is divided on that count as well.

33 per cent of Canadians said they are “not sure” if it’s safe to eat modified food, while 39 per cent said they view GMOs as “generally safe,” and 28 per cent believe genetic modification is “generally unsafe.”

It would seem that the division of opinions on GMO safety, labeling and purchasing concerns go hand in hand with the confusion over what exactly defines genetically modified organisms and food products.

Labeling genetically modified foods appears to be a logical step forward, but more readily available information about the benefits and disadvantages of GMOs is also crucial to enhancing Canadian consumers’ ability to make informed decisions about the food they feed their families.

In terms of improving public awareness, government has been slow to respond to this need.

Private members’ bills in the federal government—most recently bill C-291—have sought to address the issue of GMO labeling over the years and been defeated.

Genetically modified ingredient labeling legislation was passed in the U.S. last year, so it remains to be seen whether the Canadian government will follow suit.