Unifor head Jerry Dias called Trump a "climate change denier" as the union and Ontario government allied with California, which plans to challenge the president's re-examination of fuel economy rules 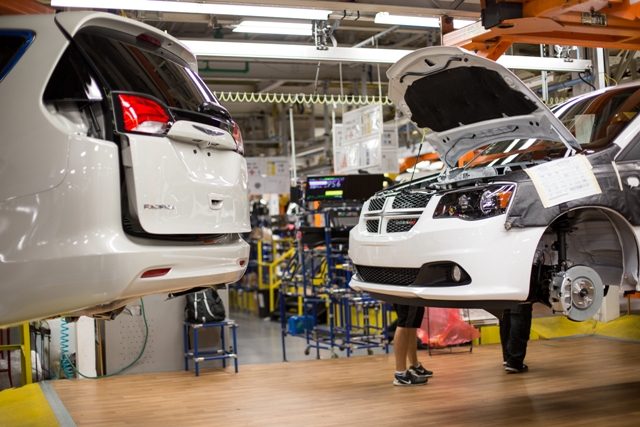 OTTAWA—Ontario will align itself with California to fight for climate change following President Donald Trump’s decision to re-examine fuel efficiency regulations in the auto sector, the province’s environment ministry says.

Ontario wants to join a joint Quebec-California cap-and-trade program next year, and is vowing to continue co-operation at the “state level” on climate change initiatives, Gary Wheeler, a spokesman for the Ministry of the Environment said March 16 in an emailed statement.

“On matters of mutual interest and environmental significance, Ontario will continue to build relationships with our partners at the state-level. This includes our work with California through the Western Climate Initiative, and the intent to link our cap-and-trade program in 2018,” said Wheeler.

“It’s so important for all jurisdictions, including Ontario, California and Quebec, to work together in the fight against climate change.”

Trump’s intention, announced March 15, to take a fresh look at federal regulations covering the fuel efficiency of cars and trucks was widely viewed as a move against Obama-era environmental measures. Trump views the regulations as an impediment to economic growth.

California, the largest economy in the United States, said it would join a legal challenge to fight proposed changes to the regulations.

“President Trump’s decision today to weaken emission standards in cars is an unconscionable gift to polluters. Once again, you’ve put the interests of big oil ahead of clean air and politics ahead of science,” California Gov. Jerry Brown said Wednesday.

The head of Canada’s largest private-sector union said Thursday he would fight any attempt to roll back environmentally friendly regulations in the auto industry following Trump’s announcement.

Jerry Dias, the president of Unifor, which includes Canadian auto workers, called Trump a “climate change denier” who has no hope of rolling back Obama-era regulations on the fuel efficiency of cars and trucks.

“I can’t figure out where his head is at. The world is going one way and he’s going another way,” Dias said in an interview.

Trump faces major hurdles in implementing the changes because altering the regulations would require widespread consultations that could take years, said Dias.

“When you try to change those types of regulations, it’s like trying to turn around a tanker in a canal.”

Unlike Trump’s executive orders on immigration, his decision to re-examine the auto emissions regulations is subject to a long timeline.

The Environmental Protection Agency would have to decide by April 2018 whether the standards set for the years 2022-2025 are appropriate.

Green Party Leader Elizabeth May agreed that Trump faces a long battle that will involve legally-mandated periods of consultation. She also said it makes sense for Ontario and California to join forces.

“With the state of California sticking to their guns that’s a population and economy the equivalent of Canada,” May said Thursday.

Environment Minister Catherine McKenna was in Washington on Thursday for her first meeting with Scott Pruitt, Trump’s new EPA administrator.

Pruitt has called the emissions standards “costly for automakers and the American people.” He has promised a “thorough review” that would “help ensure this national program is good for consumers and good for the environment.”

McKenna’s office played down any possible discussion of the fuel efficiency review prior to the meeting.

Spokeswoman Caitlin Workman said the minister planned to raise “a variety of issues of importance to Canada,” including Great Lakes protection and the economic opportunities around cleaner, low-emission growth.

“Fuel economy standards support innovation, keep our air clean and save money at the pump—all things Canadians want,” Workman said. “The U.S. just announced the beginning of the process, so we will monitor developments … with a view to doing the right thing for Canadian consumers and producers.”

—with files from the Associated Press