Health Canada is has pledged to address "unacceptably high drug costs," but a pharmaceutical industry group warns its members will cut jobs and reduce research spending in response 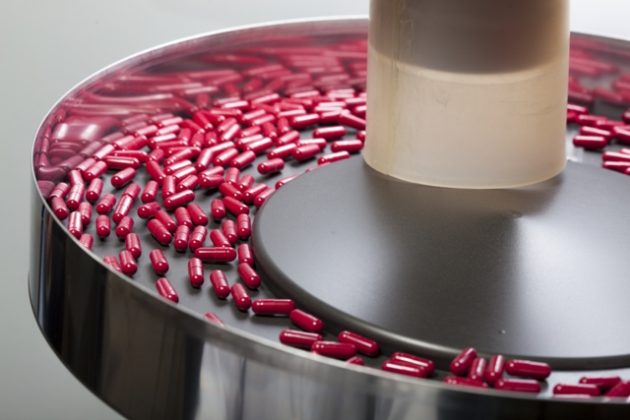 The president of the group representing drug makers in Canada warned that a big change in pricing “will mean job loss. It will mean less resourcing for research”

OTTAWA—Canada’s drug developers recognize that pharmaceutical prices need to come down but they fear the Trudeau government will push too hard in a regulatory review by Health Canada, the head of an industry association said Tuesday.

Pamela Fralick, president of Innovative Medicines Canada, said she doesn’t know what changes Health Canada will propose for the Patented Medicine Prices Review Board under a review launched last spring.

But the industry’s analysis of the government’s statements, as well as the questions posed by the review, has them nervous about what they know so far, Fralick said after speaking to the Economic Club of Canada in Ottawa.

“We need a bit more information from Health Canada to figure out what the financial impact will be,” Fralick said.

“Maybe it’s something the industry can absorb. And maybe it will be without a huge bump. But from everything we’ve seen, it’s set up to be very, very significant and that’s what our concern is.”

In a review in May by then-federal health minister Jane Philpott, she pledged to take action to bring down “unacceptably high drug costs.”

Fralick said the Innovative Medicines group—whose members account for a majority of Canada’s drug research spending—understands that prices need to be lowered.

“But we also want (Canada) to continue to be a strong player in the innovative world, in the broader pharmaceutical world,” Fralick said.

According to an Ernst & Young report commissioned by the industry group, members of Innovative Medicines Canada collectively support 30,000 jobs in Canada through their activities—either directly or indirectly.

By that broad measure of research, the E&Y report calculates the group’s members spent 9.97 per cent of their 2016 gross revenues on R&D—about double the 4.9 per cent recognized by a government analysis released last week.

Fralick said it was a coincidence that the E&Y estimate is close to the 10 per cent commitment made by the industry when the Patented Medicine Prices Review Board was established in 1987.

The PMPRB’s own annual report, issued Oct. 27, says the Innovative Medicines group of companies haven’t met the 10 per cent threshold since 2002 and their spending as a percentage of gross level has been about five per cent since 2013.

Fralick said the difference between the two estimates is because the government only counts research spending through a government program known as Scientific Research and Experimental Development, or SR&ED (pronounced “shred”).

The release of the E&Y report and presentation at the Economic Club’s Ottawa meeting on Tuesday is part of the group’s efforts to get its message out before Health Canada officials make their recommendations for a revamped price-review board—expected to be posted in the Canada Gazette this month.

Fralick said her understanding is that the government wants to get through the public consultation process in time to have new regulations in place by the end of 2018 and implemented by 2019, so Innovative Medicines has pushed to present its position before the proposed changes are published in the Canada Gazette.

“They will still make the decisions that they want to but we want it to be as informed as possible. And they’ve been very open, of late, to getting special briefings from us on the report and we’ll be able to share more with them in those special sessions.”