Billions of dollars in infrastructure spending has yet to start flowing

Provincial dilly-dallying over eligibility and fine-print details has held up money for several provinces, including Ontario, Alberta and Nova Scotia 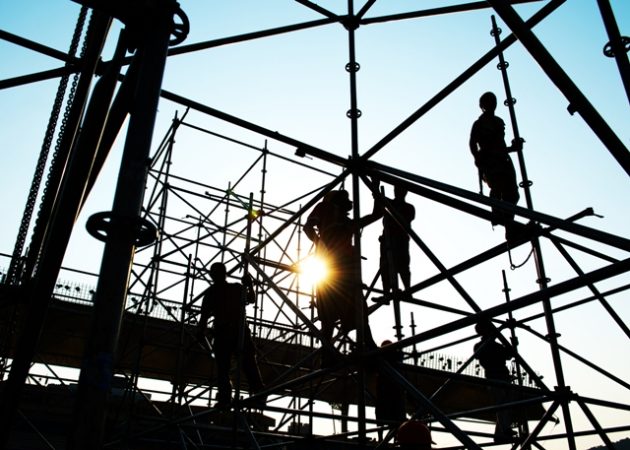 OTTAWA—The federal government has yet to sign infrastructure funding agreements with five provinces and two territories—agreements that are a key step before any federal cash can flow to projects underway across the country.

Federal officials had expected to have agreements signed before the midway point of the summer construction season, but it has taken larger provinces longer than first thought to finalize the list of projects eligible for federal cash and negotiate the fine print of the plan, including timelines for when projects need to be completed.

For Saskatchewan, the deadline of finishing new construction or expansion projects by March 2018 has raised concerns that municipalities may rush the due diligence needed to prepare funding proposals, or may not be able to complete projects on time, said Jay Teneycke, a spokesman for Saskatchewan Government Relations Minister Jim Reiter.

The delays in signing deals hasn’t had a major effect on the pace of projects in provinces like Alberta, but municipal officials say there is anecdotal evidence of delays for some work while cities wait to make sure that their projects will land federal cash.

Federal officials expect deals to be done the end of the month. Six agreements have been signed so far, including with British Columbia and Quebec, two of the most lucrative.

“These agreements mean hundreds of millions of dollars in infrastructure funding are flowing to help municipalities improve their public transit and clean water and wastewater systems, while creating jobs and supporting clean growth,” said Brook Simpson, a spokesman for Infrastructure Minister Amarjeet Sohi.

The Liberals vowed during the election to increase infrastructure spending by $60 billion over the next 10 years. The first two years of the program have $6.6 billion for provinces and cities to spend on transit and water and wastewater systems.

The federal government has vowed to pick up half the tab for projects and make payments retroactive to April.

The hope is that the spending will help stimulate the economy, create employment—Statistics Canada reported the country had a net loss of 31,000 jobs in June—and pad government coffers with new tax revenue that will help bring the budget back to balance.

None of the billions the federal government wants to put into infrastructure can flow to provinces and cities without bilateral agreements.

Although each province knows how much it is getting in new transit and water infrastructure money, it has to negotiate with its cities about what projects it will put forward for federal cash.

That list needs at least 60 per cent of the funding slots filled before a funding agreement can be signed and provinces like Alberta are still in talks with their municipalities.

A spokeswoman for Ontario Infrastructure Minister Bob Chiarelli said the province is finalizing its agreement with Ottawa, which would provide the most populous province with $570 million for water and waste water projects and $1.48 billion for public transit.

As for when a deal would be done? “Negotiations are going well and we expect to have something in the near term,” Katrina Kim said.

The infrastructure money this year and next is focused on repairing the aging water and public transit infrastructure in the country and for smaller projects that can be completed by 2019.

There is also money available for planning larger projects that are to be the focus of the second and more lucrative phase of the Liberal infrastructure program.