Airline passenger rights bill might hurt more than it helps 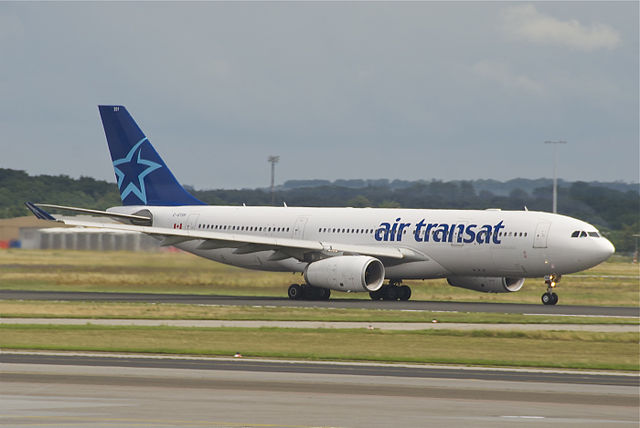 Air Transat passengers experienced a sweltering delay last summer in Ottawa as two flights sat on the tarmac for almost five and six hours, respectively, with passengers not allowed to disembark. Airline passenger rights advocate Gabor Lukacs says the Feds new airline passenger rights bill will increase the time passengers are allowed to be kept on the tarmac without food or water and dissolve airline responsibility for delays resulting from maintenance issues. PHOTO: Aero Icarus/Flickr

“What the government has billed as an air passenger bill of rights makes things substantially worse for Canadians,” he said in an interview Saturday.

“It increases the time passengers are allowed to be kept on the tarmac without food or water from the current 90 minutes to three hours, and it dissolves responsibility from delays resulting from their own maintenance issues.”

A spokeswoman for Transportation Minister Marc Garneau said rather than spell out an air passenger bill of rights in the legislation, it instead directs the Canadian Transportation Agency to develop regulations that would give air passengers more rights.

“Air passenger rights would be clear, consistent, transparent and fair for passengers and air carriers,” Delphine Denis said in an email Saturday. “A more predictable and reasonable approach would benefit Canadian travellers.”

She said the new rules would establish clear standards of treatment—and financial compensation in some cases—for air travellers in common situations, including overbooking, seating children near a parent or guardian at no extra cost, and standards for transporting musical instruments.

As for tarmac delays, Denis said there are “no regulations currently in place in Canada.”

“Certain air carriers have specified their own rules within their tariff,” she said. “A new approach would introduce regulations that would consistently apply to all air carriers … when a tarmac delay exceeds three hours.”

Denis added that airlines could always opt for a shorter tarmac-delay rule.

But Lukacs called the suggestion that there are no rules in place for tarmac delays “troubling.”

He pointed to the Canadian Transportation Agency’s ruling that Air Transat broke its agreement with passengers last summer during a sweltering, hours-long ordeal aboard two of its grounded aircraft.

The airline was fined $295,000 and ordered to cover out-of-pocket expenses for affected passengers on two flights that sat on the tarmac in Ottawa for almost five and six hours, respectively, with passengers not allowed to disembark.

“The government is taking away rights and trying to present existing rights as if they’re something new,” Lukacs said. “Now we’re supposed to wait for the Canadian Transportation Agency to add protections.”

He said the bill updating the Canada Transportation Act, which passed in the House of Commons in November, falls short of addressing the serious concerns of Canadian airline passengers.

Lukacs is set to appear as a witness at the Senate transport committee on Bill C-49 on Tuesday, where he said he’ll lobby for amendments to the proposed legislation.

He admitted to being critical of Bill C-49 and that he’s publicly contradicted the minister. But Lukacs said now he is unable to read, retweet or comment on the minister’s tweets.

“It’s a question of freedom of speech,” Lukacs said. “As a Canadian I do have the right to see what the minister, in his capacity as minister, says to the public and comment on it and criticize it.”

Denis said in an email that blocked accounts have violated one or more of the government’s social media guidelines, including serious, unproven, unsupported or inaccurate information or accusations against individuals or organizations.

—With files from Michael Tutton