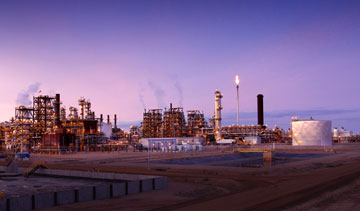 EDMONTON—Occupational Health and Safety says a 30-year-old worker who was critically injured in an explosion at an oilsands upgrader in northern Alberta has died.

The man, identified previously by his cousin as Dave Williams of Scotchtown, N.S., had been transported to the burn unit at an Edmonton hospital after the blast Jan. 15.

Kelly MacEachern told the Cape Breton Post last week that her cousin was a journeyman millwright and had been living and working in the West for several years, but loved coming home for vacations and was in Cape Breton for Christmas.

It’s the second death resulting from the explosion—a 52-year-old employee was pronounced dead at the scene.

A Nexen official said at the time that the two men were doing maintenance work.

No one else was injured.

The blast occurred in a part of the upgrader that breaks hydrocarbon molecules into smaller pieces to make a lighter oil product for shipping.

A pipeline rupture at the plant last summer leaked five million litres of a mixture of bitumen, produced water and sand into muskeg. Documents show the Alberta Energy Regulator’s investigation into the spill continues, even though the deadline to determine what caused it was Oct. 15.