Agreement will raise number of Toronto-built turboprops in WestJet's fleet to 45, as company's regional airline continues to expand 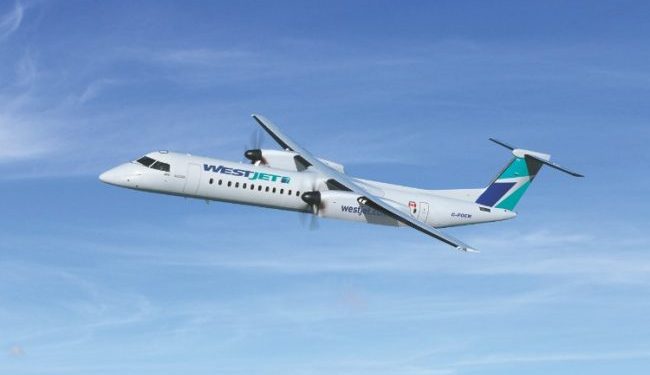 With the conversion of the order option, WestJet expects to operate 45 Q400s by 2018. PHOTO: Bombardier

The agreement has a list price value of $293 million and will bring the total number of Q400 turboprops in WestJet Encore’s fleet to 45. WestJet launched its regional Encore service in 2013 and has rapidly expanded to less-serviced cities across Canada.

“Bombardier’s Toronto-built Q400 turboprop airliner has allowed us to expand from our Western Canada base to more and more communities from coast to coast across Canada and into the U.S.” Ferio Pugliese, president of WestJet Encore, said.

Pugliese added that the nine new turboprops would allow the company to continue to expand its network.

The aircraft are scheduled for delivery between April 2017 and June 2018.