Cut off by its neighbours, the small, energy rich country accused of backing terrorism has also begun running cargo shipments from ports in Oman 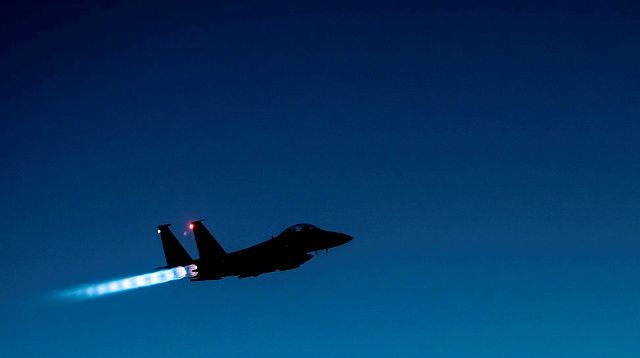 “Qatar and the United States have solidified their military co-operation by having fought together side by side for many years now in an effort to eradicate terrorism and promote a future of dignity and prosperity,” al-Attiyah said in a statement.

The U.S. military announced a similar $21.1 billion deal in November for 72 F-15QA fighter jets for Qatar in the waning days of the Obama administration. It wasn’t immediately clear if the two deals were one in the same. Qatari officials did not immediately respond to questions Thursday, though a State Department official connected the two sales.

Qatar remains the home of some 10,000 American troops at a major U.S. military base in the Mideast. So far, the dispute between Doha and nations led by Saudi Arabia has yet to shake that partnership, though cracks are showing in responses from President Donald Trump and his administration.

The crisis between Qatar and its Arab neighbours, all U.S. allies, has put America in a delicate situation. Mattis has described Qatar as “moving in the right direction,” while U.S. Secretary of State Rex Tillerson called for Arab Gulf nations to remain united.

Trump, meanwhile, repeatedly has accused Qatar of funding terrorist groups, one of the main allegations levied by Saudi Arabia, the United Arab Emirates, Egypt and Bahrain when they initially cut diplomatic ties on June 5.

Qatar long has been trying to secure its relations with the U.S., whether through hosting the American military base or an office for the Taliban, said David B. Roberts, an assistant professor at King’s College London who recently wrote the book “Qatar: Securing the Global Ambitions of a City-State.”

The recent mixed message from the Trump administration, however, has it working even harder, he said.

“Qatar long has wanted to make itself a particularly important ally for America where it can,” Roberts said. “It has been a bit of a pain at times in other things … but the American angle has often been very important.”

The crisis has seen Saudi Arabia cut off its land border with Qatar, the host of the 2022 FIFA World Cup.

After an initial run on grocery stores by nervous residents, Qatar has organized dairy shipments from Turkey while Shiite power Iran also has begun shipping in food. Qatar’s ties with Iran, with whom it shares a major offshore natural gas field, is another criticism of the Arab countries.

Doha also has begun running cargo shipments from ports in Oman after seeing its sea routes to the UAE’s major ports cut off. But its cutoff air travel routes remain problematic.