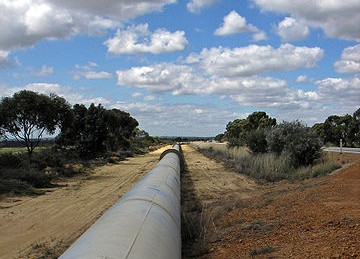 The new contract is the second major agreement TransCanada has won in Mexico in the past several months. PHOTO: SeanMack, via Wikimedia Commons

MEXICO CITY—Facing pressure in other areas of North America, TransCanada Corp. has won another major victory in Mexico.

The Canadian pipeline company has announced it has won a US$550 million contract to build the Tula-Villa de Reyes Pipeline, which will transport natural gas across the central region of the country.

The new pipeline will move 886 million cubic feet of natural gas per day under a 25-year service contract with Mexican state-owned power company, Comisión Federal de Electricidad. The 36-inch diameter line will run along a 420-kilometre route between Tula in the state of Hidalgo and Villa de Reyes in the state of San Luis Potosí, interconnecting with TransCanada’s Tamazunchale and Tuxpan-Tula pipelines along the way.

The new contract is the second major agreement TransCanada has won in Mexico in the past several months; the Canadian firm was awarded the contract for the $500 million Tuxpan-Tula Pipeline in November. By 2018 TransCanada expects to operate six major pipelines in Mexico, representing an investment of approximately $3.6 billion.

Meanwhile, the firm is addressing an oil spill along the route of its Keystone Pipeline in South Dakota.