National Defence is hiring as fast as possible, but numbers alone won't be enough. The ministry needs certain skills and experience to deal with intricate intellectual-property rules and technical requirements 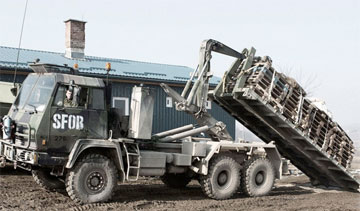 The amount of money promised for defence spending over the medium term is unprecedented in Canada. PHOTO: Department of National Defence

OTTAWA—Senior officials at the Department of National Defence are admitting that they will be challenged to make good on the Trudeau government’s promise to buy billions of dollars in new military equipment in the coming years.

The top concern? A shortage of staff to manage the dozens of increasingly complex—and risky—projects that have already been or will soon be launched to obtain the equipment that the Canadian Armed Forces needs.

The frank assessment was delivered Thursday at a conference hosted by the Canadian Global Affairs Institute that focused exclusively on the federal government’s troubled defence procurement system.

Officials insisted they aren’t just determined to deliver on the promises included in the new defence policy, which promised an extra $62 billion over the next 20 years, but that the government expects them to follow through as well.

“Financially, we’ve been very well resourced through defence policy, and now we have to deliver on it,” said Maj.-Gen. Jean-Marc Lanthier, who is responsible for managing National Defence’s corporate strategy.

“The money is coming, and our feet are being held to the fire to do what we said we could do.”

Efforts are underway to streamline the system and hire hundreds of additional staff, including procurement experts, engineers and technicians, and officials said they are optimistic that they will deliver.

But while National Defence is hiring as fast as possible, numbers alone won’t be enough—staff need certain skills and experience to deal with intricate intellectual-property rules and technical requirements.

“Recruiting people is not easy,” Andre Fillion, chief of staff within National Defence’s procurement section, told the audience, which was comprised of industry representatives, government officials and military officers.

“Our business is not getting easier, it’s getting tougher and tougher. As we put together contracts, things like intellectual property, the defence market itself, the technology that we’re buying is increasingly complex.”

The department’s challenge was highlighted in the federal economic update this week.

The update revealed that the Liberals quietly reduced the amount of fiscal space set aside for new military equipment over the next five years before releasing their defence policy because of delays in several projects.

It’s the latest in a string of such delays that have seen billions of dollars in planned defence spending pushed to future years as projects remain snared in the procurement system _ or at the whim of politicians.

The government insists the fiscal space, which totals about $382 million, will be available when those projects are actually delivered.

Defence officials didn’t mince words when it came to the real effect that delays have on the acquisition of military equipment, underlining the importance of ensuring the system is fixed.

“We need to streamline so we reduce schedule risks and reduce schedule slippage on our projects, because as we delay, we lose buying power,” Fillion said, “and also we don’t get the equipment the military needs in time.”

National Defence does have time to get its house in order because the promised funding won’t start to ramp up right away, but the amount of money promised over the medium term is unprecedented.

The concern among experts is that the department won’t be able to handle the sheer amount of money coming down the pipeline, like someone trying to drink from a fire hose, which will result in further waste and delays.

“We’ll be the first ones to admit that many challenges do remain and require immediate attention,” Fillion acknowledged, “in particular with the defence procurement race that we’ll be facing.”